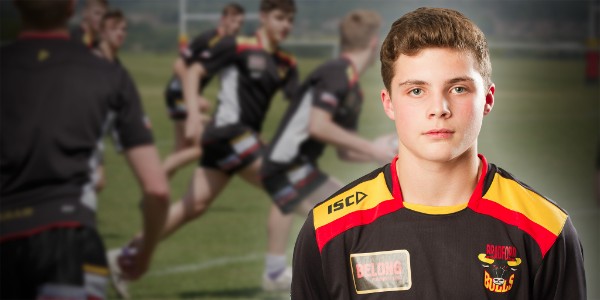 Bradford Bulls starlet Cameron Scott has been called-up to the England Youth side for the two Test series against France next March.

Scott has been ever-present for the club’s scholarship side and his performances at centre have earned him international recognition.

He will become the first Bulls player to represent England Youth since teammate Alex Mellor, after linking up with his hometown club from Wyke ARLFC earlier this year.

“We are really pleased for Cameron, his family and Wyke ARLFC, who have put the hard work into his development,” Bradford Bulls U16’s Head Coach Leigh Battie told the club’s official website.

“He has a great attitude and work rate and is always looking to improve himself, as well as wanting to learn and become a smarter rugby player.

“He’s a real talent for the future and I expect more of our talented juniors to get to this level in the coming seasons.”

“It’s a wonderful achievement for Cameron and his family,” added John Bastian, who is Head of Youth at the club.

“He is a very grounded and modest young man who works so hard to improve his skills. From all at Bradford Bulls we wish him well on his selection for England Youth.”