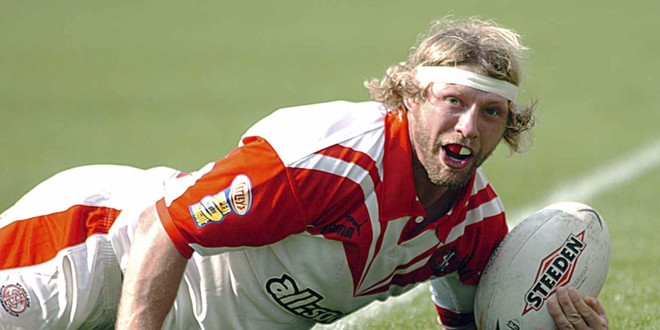 St Helens legend Sean Long is calling everyone in Rugby League to put their allegiances to one side and vote for Kevin Sinfield for BBC Sports Personality of the Year this Sunday.

Long, who played alongside Sinfield for Great Britain, was a member of the St Helens side in 2006 who were crowned Sports Personality Team of the Year after winning the treble.

The 39-year-old feels Sinfield becoming the first-ever Rugby League player to claim BBC Sports Personality of the Year will be a major boost for the sport.

“Everyone involved with Rugby League should vote for Kevin for Sports Personality of the Year. 100 per cent,” he said.

“No matter who you support, I think fans from every club should vote for him as it’s not only a massive achievement for Kevin, but also a major achievement for the sport if he was to win it.

“I think if fans get behind him then it could take the sport forward and kick on. It’s a big chance for Rugby League to gain some recognition so we should make the most of it.”

Long, an instrumental figure in St Helens’ triple-winning year of 2006, collected the Team of the Year award in Birmingham as they pipped the Europe Ryder Cup team to the prize.

Despite facing stiff competition for BBC Sports Personality of the Year, Long believes Sinfield has a good chance of etching his name into the history books.

“He’s got plenty of tough competition for the award, but I’m sure the whole of Rugby League will get behind him,” he said.

“Kids wanting to play Rugby League look up to him and he’s someone who I tell my kids to aspire to be like in the way that he conducts himself and his lifestyle.

“Kevin is a great athlete and a great model who has achieved so much in the game, so he’s certainly got a good chance.”