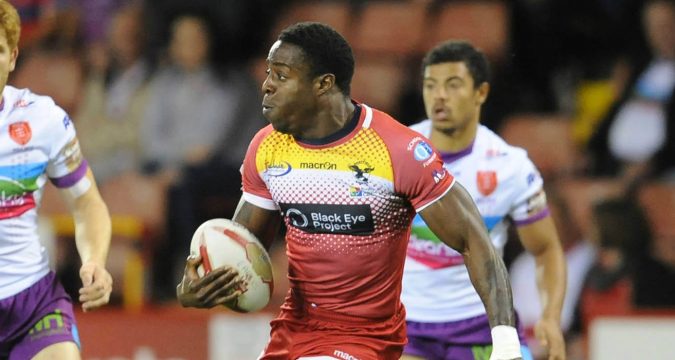 Sheffield Eagles Head Coach Mark Aston believes his squad can cope with the physical demands of being a full-time club.

The Eagles made the decision to turn professional at the end of last season after finishing 7th in the Qualifiers.

With wholesale changes at the club ahead of the new season, with 10 new signings and as many as 13 departures, Aston will be calling on the players who remain from last season to lead the side.

He tipped Michael Knowles to make the step up to full-time rugby and believes he is an integral player to a much-changed side.

“What full-time work does for him allows him to prepare himself. He’s put a bit of size on now, and the concern is how the body takes it,” he said.

Knowles joined the club in 2011 from Barrow and was part of the Sheffield side that won back-to-back Grand Finals.

Despite being one of the standout forwards in the Championship last season, Aston admitted there has been some doubt over whether he will ever ply his trade in Super League.

“He might miss the boat on Super League. People will always question his size, but he’s smart enough and he’s a winner,” he added.

“Certainly, if he applies himself well, with the skills this man has got in his back pocket he can be unbelievable. Some of the things you see the guy do are just exciting.”

Another key player in the Sheffield side in 2016 will be winger Rob Worrincy, who continued his impressive scoring record in the competition on his return to the club last season.

Aston said there are some aspects of his game that need work for the 30-year-old, but believes he can adapt to his expectations.

“Rob’s a machine. He has a body people would die for, there’s no body fat on him anywhere.

“What we’ve got to work on with him is that he gets more agile. But he’s a massive bloke. It’s easy for him to adapt.”