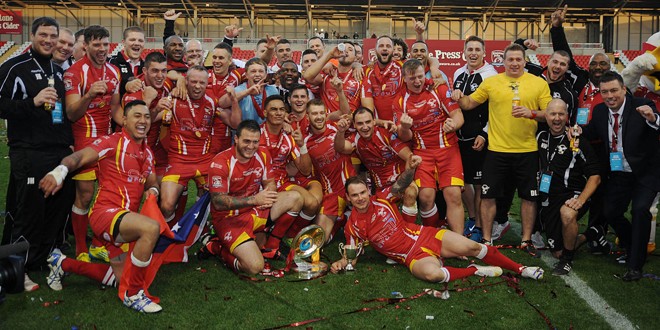 Dominic Brambani wants Sheffield Eagles to replicate the Tetley’s Challenge Cup run they enjoyed last year as they prepare to take on London Skolars in their fourth round tie at Owlerton Stadium on Saturday.

The Eagles went as far as the quarter-finals in 2013 and with five Super League clubs drawn against each other in the fourth round, Brambani sees the potential for a long Cup run ahead.

“We were really happy with the draw,” said Brambani. “The draw can work both ways. You are playing more games in a season which means fatigue can set in but there is a lot of history in this competition for Sheffield, after winning it in 1998.

“We want to go as far as we can. There will be a few Super League teams going out and a lot of Championship teams left in.

“It is always nice to play the big sides to test yourself and see what level you’re at but I would prefer to get a Championship side if we get through so we can have a proper run at it, but I’m happy either way.

“Survival is the priority for everyone in the Championship this season but we should be okay on that front, so we can have a good go at the Cup.”

Although the Skolars have lost all three of their opening fixtures, Brambani is not taking anything for granted.

“We are starting to hit form now,” he said. “We have played well in our last couple of games but we have to take each one at a time.

“We will show the Skolars all the respect they deserve. Our coach, Mark Aston, always wants us to show respect to our opponents and anyone can beat anyone, particularly in the Cup, so there should not be any complacency on our part.”