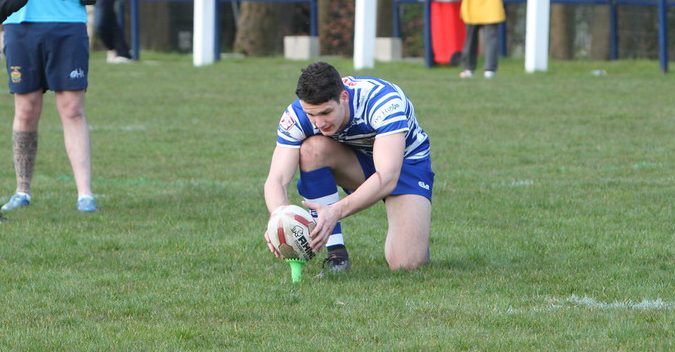 Nick Rawsthorne has admitted he felt out of place at Hull FC – when he was picked up by his teammates in flashy motors.

The 21-year-old is one of four new signings at the KCOM ahead of next season and has been in training with his new teammates for the last few weeks.

His move has seen Rawsthorne make the transition from part-time training to that with a siege of international representatives.

The former Halifax man admits that he is reminded every day about the enormity of his move, when he compares his motor to the rest of those in the team car park.

“Griffo has quite a nice Audi, Jake (Connor) has a Mercedes A Class, then there’s me with a little one litre Ford Fiesta,” Rawsthorne told TotalRL.

“A lot of people I know have asked me what Hull FC are equivalent to in football, and I told them Man United.

“It’s all just been a bit surreal. I went for the kit promotion day and never done anything like that before. I met Josh and Jake then. I’m used to watching them on TV week in, week out, but then I was in the car with them. I’ve spoken to a few guys on Twitter too, it’s quite surreal.

“I just want to prove that I can play at this level and become a good Super League player. I know it won’t happen overnight and that I’ve got to prove myself, but I know that I have the work ethic to achieve and if I get my shot, I’ll make sure I take it.”

Get your copy of the new League Express today to find out which Super League club Rawsthorne turned down before joining Hull FC. League Express is in stores now or available online at https://pocketmags.com/league-express-magazine