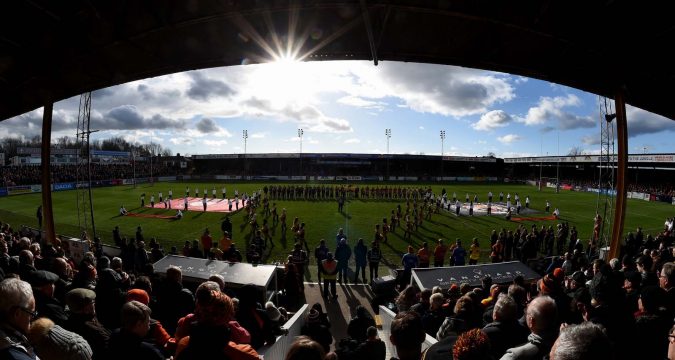 Castleford Tigers have agreed a dual-registration partnership with Keighley Cougars.

The Tigers have joined forces with the League 1 club in a move that will see Cas offer players to the Cougars, with Keighley providing talent for the Tigers’ reserve team.

Castleford’s dual-reg partnership with York will still exist alongside the new arrangement.

Director of Rugby Jon Wells said: “Our dual-registration agreement with Keighley provides our coaching staff with another vital option to secure game time for players within our structures.

“We’ve got an excellent relationship with Keighley and both Rhys Lovegrove (head coach) and former Tiger Jake Webster have spent time in our first team environment during the off-season as we establish the links to make this partnership a real success.

“Along with the academy and reserves competitions, we are now partnered with clubs in both the Championship and League One, giving us a range of pathways to continue the development of the players within our group, whilst we can also offer valuable game time to some of Keighley’s reserves players as well with the Cougars no longer able to play in the reserves competition this year.”

Keighley Cougars Head Coach Rhys Lovegrove said: “I massively wanted a reserves team of our own. Everyone knows what that would mean to us.

“But we have had six or seven players missing during pre-season who have all played over 150 first grade games. If they don’t make the Cougars team for Round One, then they need somewhere to play otherwise they’re not going to be able to make the team.

“I had the opportunity to spend a bit of time with Daryl Powell and just said if he had a few spots going in his reserves, then I had a few first-graders that could play.

“I didn’t expect it to happen this quickly, but Daryl messaged me a few weeks later asking if I had any big, strong, direct middles that could do a job in that division for their friendly at Widnes.

“The first thing that came into my mind was that it was an amazing opportunity to play Super League, friendly or not. The second thing was it will allow me to give people proper minutes.

“That’s really good. Looking at the future, it should be good for both us and Castleford moving forward.”