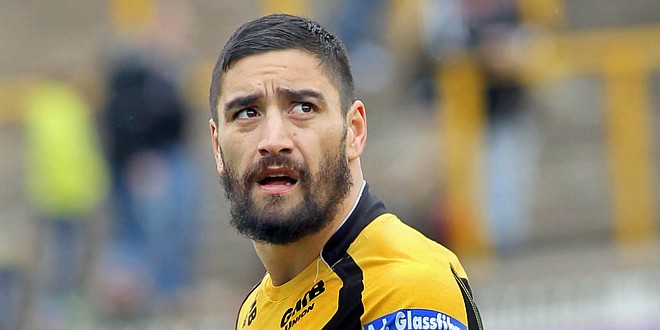 Castleford Tigers coach Daryl Powell says that whilst the team will have to be mindful of former half-back Rangi Chase this evening, the focus has all been about how they perform, not their opponents.

The Tigers kick off a run of three home games in a row this evening, with the Salford Red Devils the visitors to the Mend-A-Hose Jungle this weekend. That will see former stars Chase and Weller Hauraki return to the club, with all eyes on the former Man of Steel after an impressive start to the season for Salford.

But, despite the blistering form of Chase, Powell insists it’s about what Castleford do, not what any Salford players do.

“Castleford fans know more than anybody what Rangi Chase is capable of. He does special things, but it’s about us denying him the space and field position to be able to do what he’s best at,” he said.

“Weller Hauraki’s coming back as well and hopefully we can make sure his return to Cas is not a nice one. He was a really good player while I was at the club, a good back rower, very strong and very skilful so we know the threat he carries.

“But we shouldn’t focus on what Salford can do, it’s about us looking after ourselves. Obviously you’ve got to be mindful of Rangi, he’s a little bit different to everybody else, but we need to do our jobs.”

The Tigers will be aiming to bounce back from a crushing defeat at Huddersfield last Thursday, where they failed to register a point in going down 22-0 to their West Yorkshire rivals. And Powell is keen to ensure that loss was just a blip, and prove that the Tigers can compete by defeating in-form Salford tonight.

He said: “One of the things that has been pleasing is that we have missed less tackles than anybody else in Super League.

“Last week was a bit of an anomaly in terms of what we have delivered and how we’ve played the game. Hopefully we can prove that was the case with the way we perform this week.”