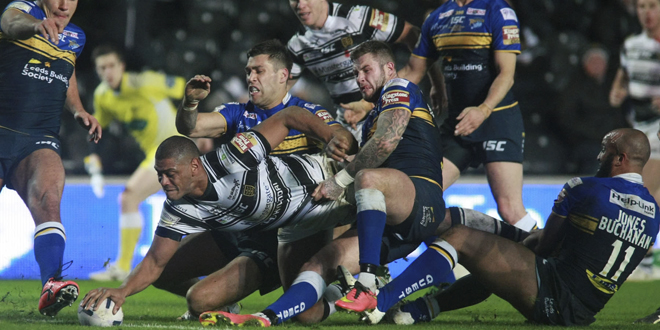 Hull FC half-back Leon Pryce has delivered an emphatic pre-match message to his teammates ahead of tonight’s clash with Catalans Dragons – all that matters is the result, not the performance.

Pryce takes on the Dragons for the first time since leaving the club last year to join Hull FC, as the Black and Whites bid for their first win in five matches after being sucked down to the bottom of the Super League table.

And the former Great Britain international insists that there’s nobody else to blame for their performances but themselves, and the most vital thing this evening is ensuring they pick up two priceless points.

“What this week is about is us getting a result against Catalans. It doesn’t matter about the performance, just the result,” he told the Hull Daily Mail.

“You give a performance and don’t get a result and you still have a lot of frustration.

“There are lots of words that can be said by the players or the coaches, but it’s time for action and time to do it on the field, and if we don’t we’ve only got ourselves to blame.”