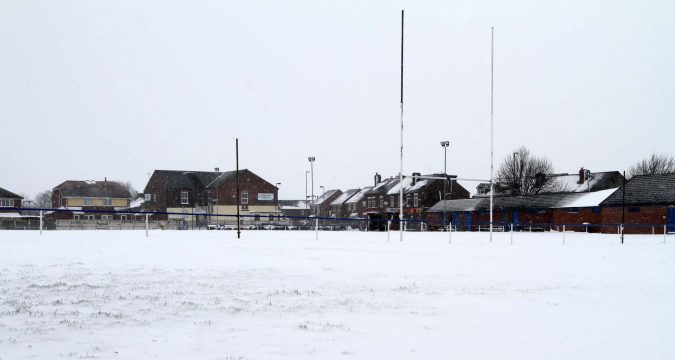 Batley’s Championship fixture with Halifax could become the latest victim of the weather after club officials confirmed the game is unlikely to take place.

A Bulldogs spokesperson confirmed to TotalRL that they are “struggling” to get Mount Pleasant into shape for the clash.

Although the club are not overly concerned about the pitch, they are worried about the safety of spectators around the terraces.

Batley’s West Yorkshire compatriots Wakefield and Leeds called off their fixtures on Friday, with Batley likely to follow their lead.

However, the remaining Championship fixtures look set to take place.

Barrow Raiders have confirmed they have no major concerns about their fixture with Dewsbury Rams while Leigh Centurions are all but certain their game with Featherstone will go ahead.

Swinton Lions are also hopeful, with officials encouraging fans not to be put off attending their match with Toronto Wolfpack.

Sheffield Eagles officials are currently holding discussions about their fixture with London, which is due to be their first at the new Olympic Legacy Park.

TotalRL will continue to provide updates.