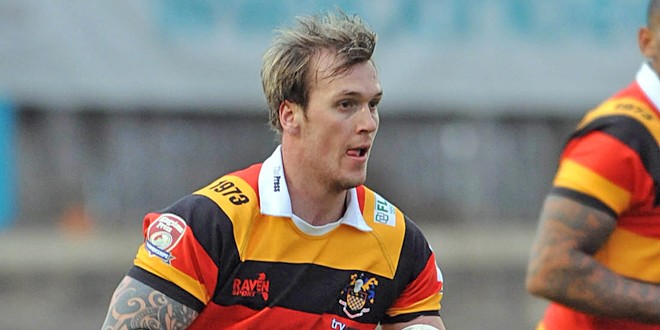 Dewsbury Rams forward Lucas Walshaw is unavailable to face Workington Town after biting through his tongue in last week’s 46-10 defeat against Sheffield Eagles.

Rams coach Glenn Morrison said: “Lucas had a full night in hospital getting his tongue reattached, so he won’t be ready for Sunday.”

Walshaw, who was a try-scorer in the corresponding game last season is likely to joined on the sidelines by Aaron Brown who is doubtful as the Rams look to get back to winning ways.

Morrison added: “The whole day went wrong for us last week and we need to rectify that and make sure we turn up with the right mental attitude against Workington.

“We know we’re a good side and can play footy, we’ve just got to turn up and do it. The boys have worked hard this week and they want to put things right, but Workington will be a difficult challenge.

“I know [Workington coach] Phil Veivers well. He’s a great coach with a heap of experience and you can see already that he’s having an impact there.”

Town are still without Karl Olstrum, who misses the game due to the final week of a two-match suspension.

Workington lost 24-22 against Keighley Cougars last week despite leading 22-4, but Veivers has promised his team will “learn, regroup and go again” on Sunday.

Dewsbury’s Makali Aizue is in line for his 250th appearance in the British game.