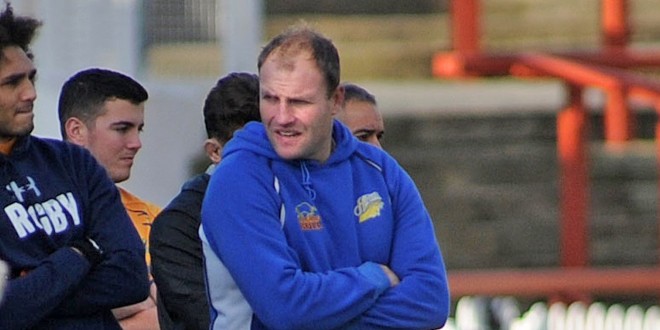 All fixtures to be played on Sunday March 2

Hemel Stags v Hunslet Hawks
2.30pm at Pennine Way
Pennine Way is the venue of the opening encounter of the Kingstone Press Championship 1 season with Hemel’s game against Hunslet Hawks kicking off 30 minutes earlier than the other fixtures on the competition’s opening day.
The Hawks are many people’s pre-season favourites for promotion and start the season with their only absentee being halfback James Coyle.
“We need to have a strong mentality this year and a different sort of mentality to last season, when we were underdogs most weeks,” said Hunslet coach Barry Eaton.
“This year we’ll be favourites most weeks and that brings a different challenge, but we’re hoping we can start as we mean to go on and retain that tag throughout the season.”
Jy-mel Coleman (hamstring) and James Howitt (back) are both missing for Hemel Stags.
Stags coach Troy Perkins said: “We‚Äôve had a good pre-season and we’re raring to go.
“Hunslet are probably favourites to win this division, so it’s a massive test to begin with, but we’re at home and we’ve got nothing to lose.
“Last year’s experience will do us good and the players now know what to expect. They know the level they’ve got to be at.”

Oxford v London Skolars
3.00pm at Iffley Road
Oxford coach Tony Benson believes his new-look squad is ready to burst into action when they host London Skolars in Sunday’s opening Kingstone Press Championship One fixture.
Benson said: “We’re really looking forward to getting out there.”
Oxford had a good run-out at Leigh a week ago after playing London Skolars on a 3G pitch at Maidenhead a week earlier.
“We’re quite a different squad from last year. The strategy was always that we’d get eight or nine northern players last year to help with the development of the less experienced players, and then to cut that back this year, and that’s what we’ve done.”
He added: “London will be one of the big challengers this year. We’re up against it in game one, but that’s inspired us in pre-season. We’ve had a clear goal to get ready for this game and we’re as ready as we can be.”
Benson has a fully fit squad to select from, while London Skolars coach Joe Mbu could include recent signing Patelisio Palo.
The Skolars will be looking to improve on last year’s efforts that saw them finish fourth.

South Wales Scorpions v Oldham
3.00pm at Maesteg
Stand-off Shaun Owens is the only absentee for South Wales Scorpions in Sunday’s Kingstone Press Championship One opener.
Owens is ruled out due to a longstanding commitment, but Scorpions coach Mike Grady remains confident.
Grady said: “The lads are chomping at the bit and ready to go. We‚Äôre looking forward to it.”
He added: “I regard Oldham as favourites to get promotion, and they’ll be desperate to start with a win.
“But we want to improve on last year, and the play-offs have got to be a realistic goal for us. It’s going to be tough, but we’ve just got to fire into it.”
Phil Joy is expected to be Oldham’s only injury absentee, with David Cookson (groin), Tom Whitehead (Achilles) and Steven Nield (hamstring) all set to be available for the trip south.
Oldham coach Scott Naylor said: “We’re taking precautions with those three, but I think they’ll be OK.”

York City Knights v Univ of Gloucestershire All Golds
3.00pm at Huntington Stadium
York City Knights coach Gary Thornton has major concerns over James Ford (hamstring) and Jonny Presley (hamstring), while Jack Aldous is unavailable due to suspension.
Thornton said: “We’ve been very encouraged by what we’ve seen in pre-season. We took Sheffield very close, had a good win against York Select and beat Gateshead, so I’m delighted with the way our pre-season has gone.
“We’ve worked really hard and that delayed start has prolonged pre-season to the point where we can’t wait to get going.”
He added: “We are excited about it this year. We realise what the pathway is to the next level and that’s important.
“We don’t know much about the teams we’re going to be playing against, but we’ll make sure we’re ready and we can’t wait to get started.”
Gloucestershire All Golds have boosted their squad on the eve of their second season in the Kingstone Press Championship One.
Former Hull FC, Sheffield and Toulouse hooker Craig Cook has joined the club along with winger Reece Rance.