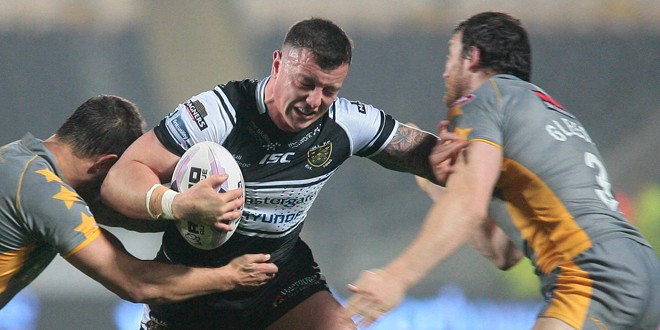 Hull FC second-rower Chris Tuson claims playing alongside young Australian half-back Jacob Miller has brought the best out in him.

The former Wigan forward, 24, has impressed in recent weeks after recovering from a neck injury sustained in pre-season. He said: “When I first signed, Radders [coach Lee Radford] asked me which side I wanted to play on and whether I had a preference. I said I didn’t mind and that all I wanted to do was strike up a good combination with whoever the half back would be, whether it would be Richard Horne on the right or Jacob Miller or Jordan Rankin.

“I seem to be playing better with Milky [Miller] at the moment and as long as I can keep building that bond with him and that combination with Kirk [Yeaman] outside me, then hopefully my performances will keep improving.

“I think it’s just a case of being patient for me. My form hasn’t quite been where I’ve wanted it to be this season but there’s been some signs of improvement. I maybe expected a bit too much from myself coming back from what was quite a serious injury. I wanted to get straight back to where I was last season, but it doesn’t work like that and you have to build it up step by step.”