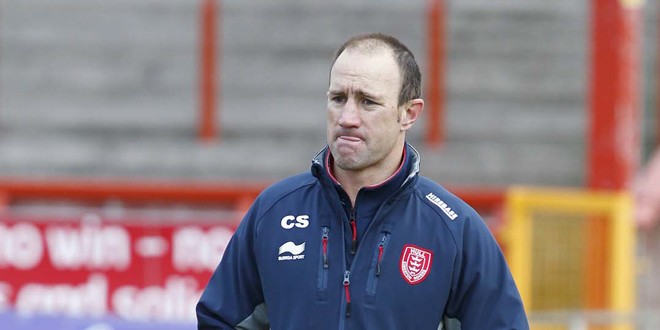 Hull Kingston Rovers coach Craig Sandercock admits their thrilling 21-20 derby win over neighbours Hull FC was his best win as a coach, and praised his side for their performance.

The Robins were in control of the game at several points during the match, but it was only a late Craig Hall drop-goal that proved to be the difference, as the home side edged out their bitter rivals by the slenderest of margins. And Sandercock also took the time to highlight the “adversity” his side had to face last night, in reference to the refereeing performance of James Child.

“I’m happy the boys dug so deep under some extreme adversity. That’s a year’s worth in one night,” the Australian said.

When asked if it was his best win, he said: “I’d have to say yes, considering the amount of adversity. I don’t want to comment but I was very disappointed at a myriad of decisions.

“Under those conditions, to win the game, the boys deserve a lot of praise for their performance. We had to win it all over again. There were a few times when I thought we were going to be home, but Hull to their credit fought back.”