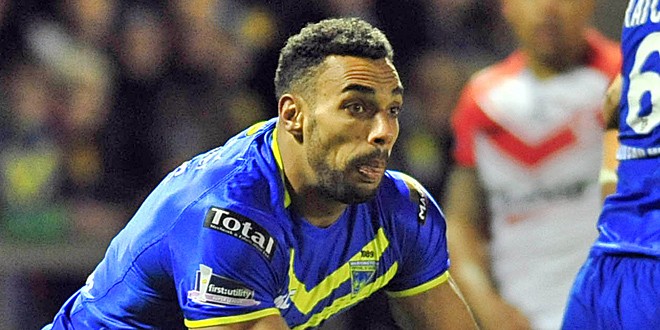 Warrington Wolves centre Ryan Atkins is hoping that his side’s stuttering start to the season can be given a shot in the arm over the coming days, as the Easter period kicks off this afternoon.

The Wolves face local rivals Widnes Vikings in a traditional derby match this afternoon, before a trip to high-flying Castleford on Monday. And with two games in just four days, Atkins isn’t worried about the hectic scheduling – instead, he is hoping the Wolves thrive under it.

“Everyone knows it’s there. It’s been in the schedule for many years. It’s a tough ask on the body; after the first game you are aching and you probably finish aching the day of the second game but it’s mind over matter for us,” Atkins said.

“It could kick-start our season. We could come away with four points which could really push us up the league and set us in good stead. We are going to be aching and tired but both teams we are playing will be tired and aching as well. We are pretty privileged to have the squad that we do.

“Tony [coach, Smith] has given some chances to the young lads and they have stood up and been counted and that’s good. I’m sure there will be a lot of rotation over these two games too. It’s going to be a great weekend.”