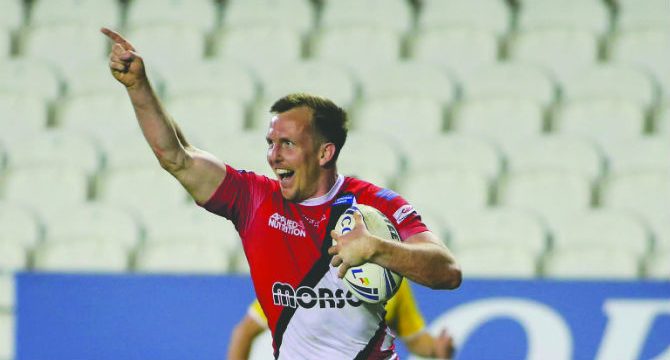 Dan Sarginson has comitted to Salford by signing a new two-year contract deal.

The England international was a star performer for the Red Devils in 2020 following his move from Wigan.

He scored four tries in 12 games for the club, memorably scoring in golden point as the Red Devils beat Catalans in the Challenge Cup quarter-final.

“We’re building something special here so it was an easy choice to sign for a few more years,” he said.

“The extensions of Lee (Mossop) and (Luke) Yatesy were massive for us and hopefully with us now tied in, it helps draw in other players.

“This year’s been about me giving my best for the boys every week, but now going into my second year, I’ll look to have even more of an influence and build on that role.”