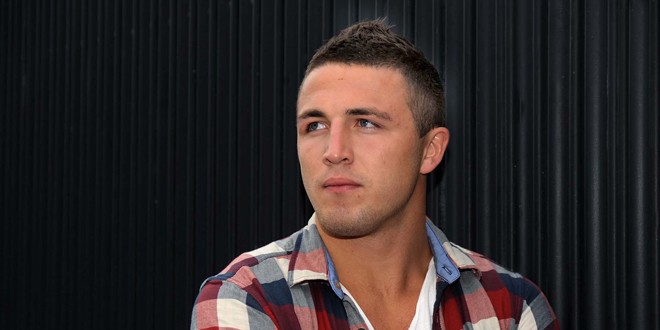 Despite all the rumours that are circulating, including the story today that South Sydney co-owner Russell Crowe would not stand in Sam Burgess’ way if he wanted to make the switch to rugby union, I think we have a chance of keeping hold of him.

Absolutely nothing has been confirmed yet, regardless of what the tabloids write, and one can’t help but draw comparisons to last year and the similar Sam Tomkins rumours, which never materialised.

There are five reasons why I think (hope!) this transfer might not happen.

Other rugby union clubs would be unhappy
It’s going to take a fair amount of cash to persuade South Sydney Rabbitohs to let go of their best player, and that’s why the rumoured bid is a joint one from both Bath RUFC and the RFU, the game’s governing body. In contributing to Bath’s transfer fee, the RFU would certainly cause upset among the other Premiership clubs, even if they are only trying to strengthen the national side.

Sam is settled in Australia and so is his family
Anyone who has seen the moving documentary about Sam Burgess will know that he is very much a family man. Indeed, all three of his brothers play for the same team and his mother, Julie, also lives in Australia, where she works as a teacher. Now they are all settled and enjoying the Australian way of life, it would be extremely hard for him to up sticks and move back to England where fewer relatives remain. In said documentary, Burgess also mentioned a desire to distance himself from England due to the painful memories of his father passing away.

He might not fit perfectly into a rugby union team
There is no doubt that Sam is among the most talented players on the planet, and has more at his disposal than many of union’s biggest stars. However, finding him a position in the 15-man code could be pretty difficult. Reports suggest England want him as an inside centre, but I am not sure he has the handling skills or kicking ability to operate on an international three-quarter line (there is a chance he could be used as a Jamie Roberts-esque battering ram, though). I might be wrong but he also seems too lean to operate in the front five of the forward pack. That means he would probably have to be a back-rower, and given the nature of the positions he would most likely become a number eight. Being tied down to one position could get quite boring for a man who can play almost anywhere on the park in his current code.

There’s always a story like this at the start of the season
Whether it’s a clever ploy to draw more attention to our game, or simply rugby union trying to take away the limelight, there always seems to be a story like this at some point during the season.
In 2013 it was Sam Tomkins who was linked with a £2m move to Saracens while the likes of Keiron Cunningham and Kris Radlinski were rumoured to be switching codes in their primes before staying put. I am hopeful this is just more of the same.

There have been few real cross-code success stories
Clearly there is scope for Rugby League players to thrive in union. Jason Robinson, Sonny Bill Williams and Wendell Sailor among others have all enjoyed top class careers. But in recent times a lot of our exports have failed to make a similar impact. Joel Tomkins has been disappointing since making his England debut, Kyle Eastmond is yet to break through, Lesley Vainikolo struggled to replicate his Bradford form, and Andy Farrell never hit the same heights he did in Rugby League.
With four more players on the field, totally different set pieces, slower pace and more kicking involved, it can nullify a lot of the natural talent and physicality that makes our players so effective in Rugby League. Clearly Sam Burgess has as good a chance as anyone to succeed but there is the possibility of him not living up to his potential, which might hold him back.

Add into the equation that Burgess will have less than a year between starting his rugby union career and the beginning of the World Cup, and all the signs point to him staying in the game that made him. I just hope I’m right, though there’s a real chance I’m not.