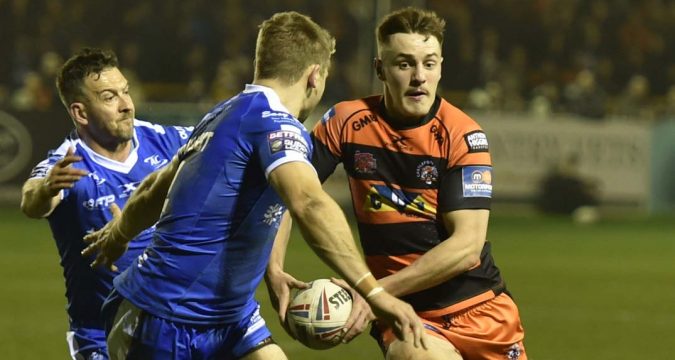 Ratu Naulago, Morgan Smithies, Matty Lees, Jake Trueman, who was the Albert Goldthorpe Rookie of the Year in 2018, and Jack Walker are in contention for the Super League young player award, with the winner to be announced at the Man Of Steel awards evening next month.

For the first time, the young player of the year will be decided for by the media, which is due to be a regular concept moving forward.

Hull FC winger Naulago has been a revelation for the Airlie Birds this season after joining the club from the Army while Saints forward Lees, who is out for the rest of the season after having emergency surgery on a perforated bowel, was due to be named in the Great Britain performance squad following his excellent season.

Leeds centre Newman has pushed on after playing his part in England Academy’s Test series win over the Australian Schoolboys last year, playing 19 times for the Rhinos. Wigan’s Smithies was also a star in that Academy side and has been a revelation at senior level after making his debut earlier in the season.

Trueman, the current Albert Goldthorpe Rookie of the Year, who inspired Castleford’s victory over Hull FC last week, has stepped up in the absence of Tigers halfback Luke Gale.

As for Walker, the fullback has again impressed at fullback for the Rhinos.