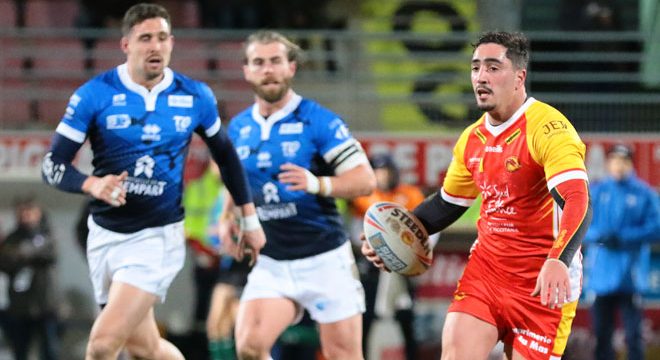 Tony Gigot turned down a marquee contract at Catalans, the French club claim.

The Dragons confirmed the fullback’s departure in a statement in which they say the 28-year-old “did not accept the Marquee player contract” the club offered him.

“Tony will go down in history as the first ever French player to win the Lance Todd Trophy for his performance in the Challenge Cup Final,” said head coach Steve McNamara.

“His performance in that game has inspired many young French players to chase their dream and follow in his footsteps.”

The club also confirmed the departures of Greg Bird, who is retiring, Halifax-bound Jodie Broughton and Kenny Edwards, who is expected to join Huddersfield.

“I would sincerely like to thank all four players for their contribution to the Catalans Dragons,” McNamara said.

“It’s been a great pleasure to work with all of them and I wish them all the best in their future careers.”