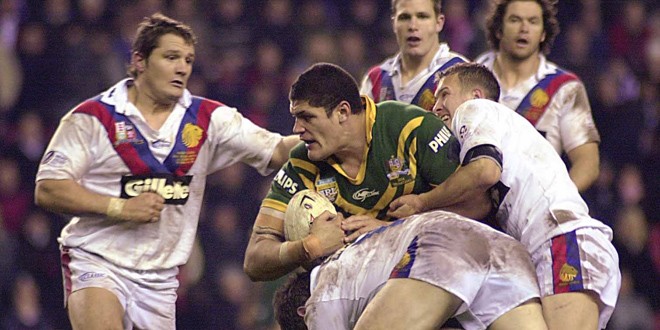 Catalans Dragons have already built a strong squad for 2016 – but could they be about to add to it further?

League HQ – one of Australia’s most reputable media outlets – are reporting that one-time Hull KR star Willie Mason has received a lucrative offer to join up with the Dragons:

It would be a huge coup for the Dragons, as they look to build a squad capable of challenging for the top four after a disappointing 2015 campaign.

Mason is now 35, but he told media in Australia recently that he has no plans to retire. “I’m 35 but my body is in good nick, I don’t miss any sessions,” Mason told Fairfax Media.

“If I didn’t get suspended I would have played every game this year. I was playing more minutes, doing more work and if you look at the stats, I’m more productive than my last three years. Me and Wayne have had a good talk just about next year and the future of what I want to do. So I’m thinking ‘why retire?’ Because of my age? It doesn’t mean anything really.”

Mason is currently without a club after spending 2015 with Manly, and if reports from League HQ are to be believed, Catalans are set to land the signature of Mason.

What do you think? A good signing? Let us know on social media. And in the meantime, here’s some highlights from Mason’s career to date: