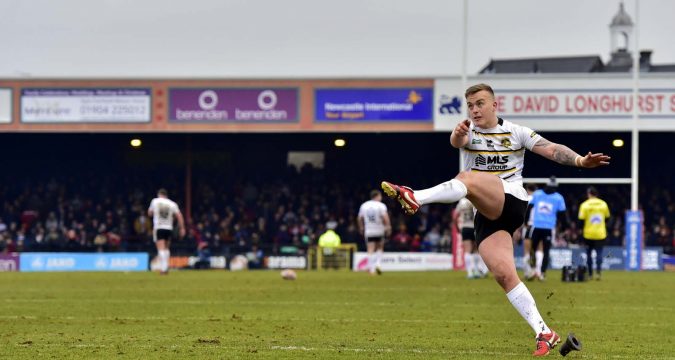 League Express understand Fax have held extensive talks with the 25-year-old and appear to be closing in on the playmaker for next season.

Robinson spent two years with Fax before joining York midway through the 2017 season.

With the Knights, he was a key performer as they won promotion from League 1 in 2018, winning the competition’s player of the year award.

His impressive performances continued in the Championship as the Knights impressively made the play-offs, ending the season in third place.

A move to Fax would set up a reunion with his halfback partner from last season. Liam Harris is also thought to be heading to The Shay next term and that combination would no doubt raise hopes of a play-off push among Halifax supporters next year.

The Knights are understood to be closing in on London halfback Morgan Smith for next season, which further suggests Robinson is on the move, while current Halifax halfback Tom Gilmore is expected to join Ottawa Aces ahead of their inaugural year.

Head coach Simon Grix told League Express earlier this month that he was encouraged by the club’s recruitment drive, with further targets thought to be on his radar ahead of the 2021 season.