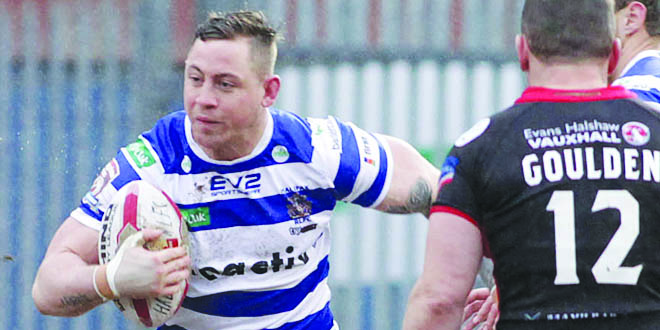 Halifax director Ian Croad has said that the club will not go full-time like Sheffield Eagles next year – and will instead use their increase prize monies to fund a long-term strategy at the club.

Croad revealed that head coach Richard Marshall asked for a reserve grade set-up next year – which the club will now fund after a top-four finish in the Championship – and other infrastructure will be put into place too.

“Richard wanted a reserve grade next year and we’ll have one now,” said Croad.

“He wants to develop young players, local players, through the links with Calderdale College and this will allow him to do that.”

Croad added that there will be money spent on the first team, but the best attitude is to invest their increased revenue wisely – at all levels of the club.

“There will be some extra money to develop the first team, but it wouldn’t be wise to go out and just spend it all on players.

“That’s not what the club needs.”