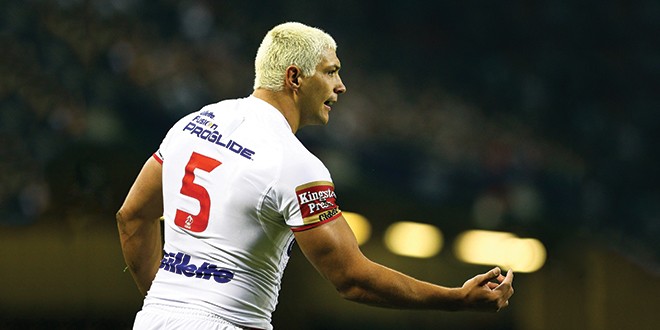 Leeds Rhinos and England winger Ryan Hall has admitted that England are on the verge of something special this weekend – saying that the series against New Zealand is “there for the taking”.

Hall will feature on the wing again for England on Saturday as they look to clinch the series with a Test to spare by winning at the Olympic Stadium.

And he admitted that it came straight to his attention after last week’s win in Hull that a series win is now within touching distance, and says he’s desperate to experience some success at international level after two years of big near-misses.

“I don’t want to tempt fate but the series is there for the taking,” he said.

“It sprung straight to mind after the first game that if we do the job this week, we’ll go two-nil up. That’s what we all want to do and I think it’s what the English public want us to do as well.

“Obviously, the Kiwis are quite a force and we know they are going to do their best to make sure that doesn’t happen. It has been a great year on a club note and now this is the first chance for me to have international success.

“I have been in teams that have been so close. I’ve been in wins over Wales and France, but never had a series win over the Kiwis or Australia.”