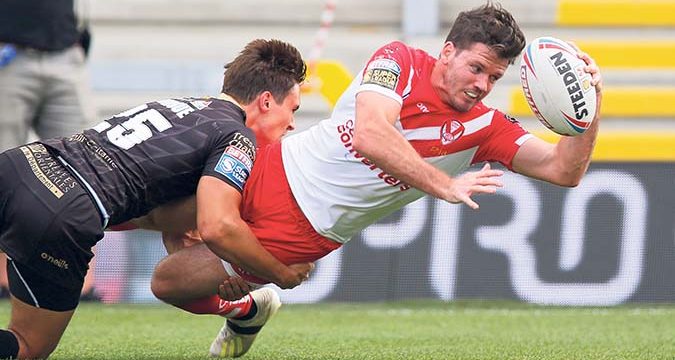 The Australian, who joined the Saints in 2019 from North Queensland, is off-contract at the end of this year.

Coote will join Hull KR next season after knocking back a new deal from St Helens.

This signing, when it is confirmed, will be a major boost for the Robins, who are currently sitting in sixth spot on the table but have been rebuilding under coach Tony Smith.

The 31-year-old will replace fullback Adam Quinlan at KCOM Craven Park, with Quinlan, who is also a former St Helens fullback, coming off-contract at the end of the 2021 campaign.

Coote has been an integral part of Saints’ success over the past two years, winning back-to-back Grand Finals at the club.

The Windsor, NSW, junior was named in the 2019 Dream Team. He has played three times for Scotland in the 2017 World Cup and was selected for the Great Britain on their tour to the southern hemisphere that year, playing against Tonga in Hamilton.

Coote started his NRL career with the Penrith Panthers in 2008, making 83 appearances before joining the Cowboys, where he was part of their 2015 Grand Final winning team. He is one of an elite group of players to have won Grand Finals in both of the world’s major Rugby League competitions.

Since his arrival in the UK the outside back has made 42 appearances for St Helens in Super League, scoring 24 tries and kicking 173 goals.

This season he has has played seven games, scoring two tries and recording four try assists.

The Robins have already re-signed current players Matt Parcell, Shaun Kenny-Dowall, Luis Johnson and Kane Linnett for next year, as well as extending the contracts of Ethan Ryan, Jordan Abdull and Jez Litten.

Hull KR were also in the transfer market for Warrington centre Toby King, who re-signed with the Wolves, and Castleford loose forward Adam Milner.

Tony Smith’s team has won six of their ten Super League games so far this season.

The Robins declined to comment when contacted by Totalrl.com