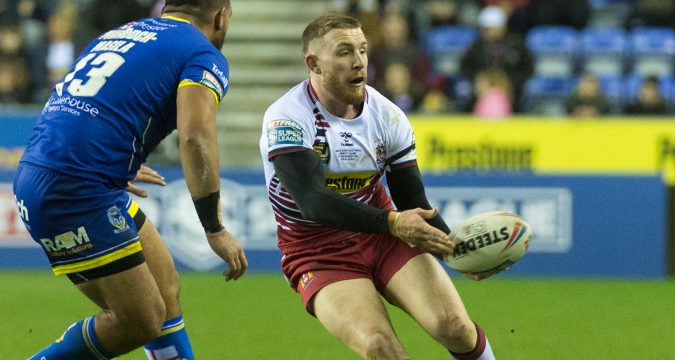 Brian Carney believes Grand Final glory for Jackson Hastings would be the culmination of a tremendous story for the Wigan Warriors halfback.

The Australian, appearing in his second consecutive Grand Final, joined Wigan for the 2020 season after guiding Salford to Old Trafford last year.

His performances saw him crowned Man Of Steel in 2019, but his future at the Warriors appeared uncertain throughout the year with the likes of Bevan French grabbing the majority of the headlines.

Carney believes Hastings was heading for the exit doors at the DW Stadium but now has a chance to guide Wigan to another trophy after an impressive run of form.

“It’s why Jackson didn’t succeed in the NRL. Do we believe that the Jackson who was difficult to deal with in the NRL became easy to work with over here? That’s not the case. Jackson was a difficult person for the Salford people to deal with, but Jackson got Salford to a Grand Final and Salford accommodated him.

“Jackson went to Wigan and was the same person and had difficulties fitting into this team environment. It got to a crux where Wigan said it’s our way or the highway, and I believe Jackson has taken a massive step in his personal and professional development because Jackson was on the verge of finding out Wigan were prepared to go in a different direction and that Jackson’s approach to team culture didn’t fit in with what they did.

“I don’t think Jackson would be at the top of the list of most popular team-mates, but Jackson has had to realise how he’s had to adapt his behaviour to adapt into the Wigan Warriors team culture, but he’s done it and they’ve signed him to a new deal, and I don’t believe Wigan would have signed him if he hadn’t made some substantial changes.”

Either side of the match (6.30pm & 10pm) there will also be a showing of “Rob Burrow: The Magnificent Seven” – a tribute to Rob Burrow’s career.