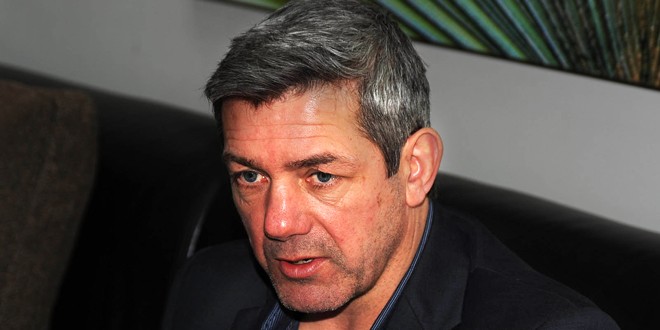 “It was a pretty horrendous tackle,” Powell said.

“He’s fired himself into Tansey’s legs. There is just no place for that in the game.

“He’s a big man to be firing in tackles like that. It was unbelievably dangerous, it needs to be taken out of the game.

“Jordan is not too bad thankfully but something like that can finish your career, going in that hard on the side of your legs. He’s been pretty lucky.”

“There is a little bit of naughtiness in there,” Powell said.

“It was a shocking tackle by Elima. I know their coach was talking about getting an even share of the disciplinary but I think there’s a couple of things from them that have been pretty poor. They need to tidy them up pretty quick I’d say.”

Last season Bousquet served a four-match ban for an illegal shoulder charge and team-mate Zeb Tai was given a three-match suspension for a similar offence.

The Catalans, who are yet to register a point in Super League 2014, are now very much up against it. They take on Leeds Rhinos on Friday without suspended Bosquet and Elima, playmaker Scott Dureau, who is out for four months with injury, and winger Damien Cardace who has an ankle problem.