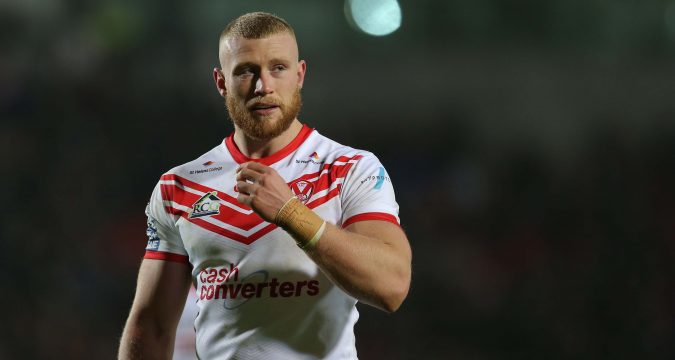 Lachlan Coote has officially joined the Luke Thompson fan club as describing his as one of the best he’s seen.

The St Helens fullback is on tour with his team-mate, with the pair set to play against Tonga together on Saturday.

That will see Thompson go up against the likes of Andrew Fifita and Jason Taumalolo in what is set to be a mouthwatering battle between some of the world’s best.

But Coote has little doubt Thompson will be up to the task.

“He’s got the footwork, the speed, the strength and he’s the stamina to play 80 minutes. That’s not something you see much in the front-row. He’s definitely up there as one of the best I’ve seen in the middle.

“It will be awesome putting that GB jersey on with him. It’s been a pleasure to play with him all year and I’m looking forward to watching him play some of the best in the world.”