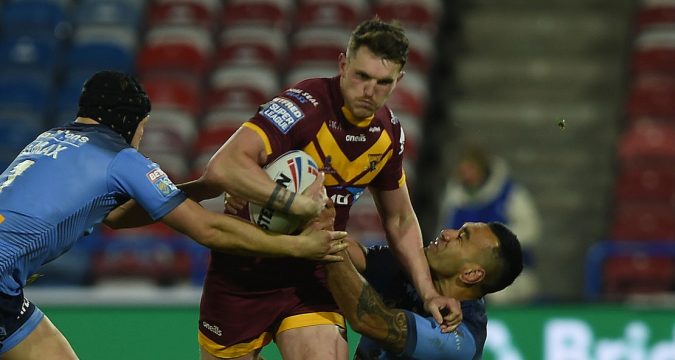 The halfback is off-contract at the end of the season, but is keen to extend his stay with the Giants beyond then.

While talks have inevitably been put on hold as a result of the recent lockdown, the news will be received well by Giants’ supporters, with Gaskell, 29, emerging as a key performer since joining the club in 2017.

“My agent was speaking to Huddersfield before we broke up to see where we’re at,” he said.

“I’m enjoying my time at Huddersfield. I’ve been here a few years and it’s a pleasure to play for the club.

“Everything is up in the air and we don’t know where we’re going to be a in a few months’ time, so new contracts aren’t really at the forefront of anyone’s mind right now.

“We don’t know when it’s going to end, so it’s not the right time to be worrying about contracts. There’s not a right time to do it, it’s awkward for everyone; you don’t want to ask the question when there’s so much more to worry about. Now isn’t the time to think about yourself.”

The prospect of playing alongside Aidan Sezer is an undoubted incentive for Gaskell, with the pair already developing a promising partnership.

“Everyone can see what quality he has,” said Gaskell.

“He’s just a leader; he’s taken a lot of pressure off me and allowed me to play my own game.

“We’re both trying to get our hands on the ball, but he’s so good at ball handling and getting people to points he wants them in. I’ve nothing to hold me back and it frees me up. When people see him on the ball it attracts defenders, which opens more space for me.”

An important element in their thriving partnership is Gaskell remaining on the field. The halfback has endured several injury niggles over the years, but he hopes a tough pre-season will ensure he stays away from the treatment table this season.

“I want to shake off the niggles and if I can minimise them and get to missing just a couple of games every year that would be great.

“I played 22 games last season. I got an injury and then came back too soon and got injured again; sometimes you’re better just having an extra week out.

“But I’ve played all five games in Super League so far this year and we’ve won four out of five, so we can’t really argue with that.”