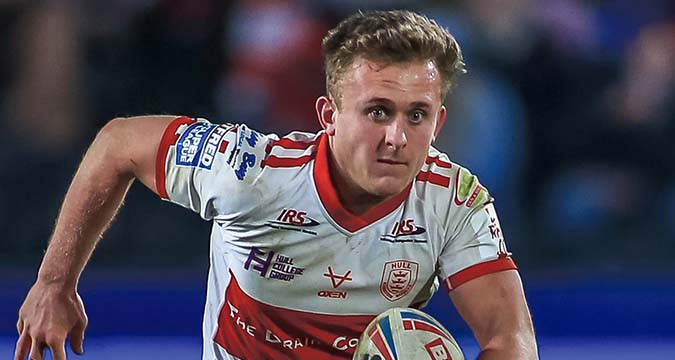 Jez Litten has been used as impact player off the bench for most of his career, but now he wants to nail down the starting number 9 shirt at Hull KR this season.

Litten and former Leeds forward Matt Parcell are in contention for the starting hooking role at the Robins.

The 22-year-old is younger than the Australian and has less first-team experience under his belt.

But the ex-Hull FC man started six games for Hull KR last season and is hoping to add to his tally in 2021.

“As long as I’m in the team I’m happy to play any role. But my goal is to get that spot and hopefully be the starting hooker. I did like coming off the bench (in the past), but last year I started a few games and I enjoyed it.

“You get into the mix straight from the off. But I’m open to anything, whatever the team needs me to do.”

Litten battled a knee problem at the end of last year but is injury-free heading into the new season.

“But it happens, it’s sport. I smashed my rehab in the off-season and touch wood it’s feeling good. Hopefully it stays healthy for the year.

“I just want to carry on whether I left off last year and see if I can get a good run of games to try and improve and get that regular spot in the team. Pre-season’s been tough but enjoyable as well.”

Litten joined the Robins from their cross-town rivals mid-way through 2019.

This year the club been boosted by three NRL recruits in Albert Vete, Korbin Sims and Brad Takairangi, which has impressed Litten.

“It’s good to see players like that coming in,” he said.

Some are predicting the Robins to be in a relegation scrap this season, but Litten says he and his teammates are aiming for more.

“It was tough last year and we had a few tough results,” he said.

“We’ve got a lot of new players coming in and we just want to take every week as it comes, try and get some more wins this year and see what we can do.

“Relegation’s not been spoken about; we’re just trying to look forward while trying to pick those results up.”