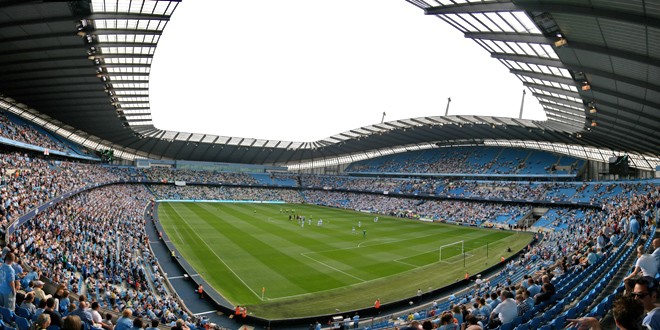 Aaron Bower (AB): The Magic Weekend is one of Rugby League’s most innovative and exciting concepts, but talk is already growing about potentially talking the game to another stadium for the 2015 event, given how Manchester City’s Etihad Stadium is set for some renovation work next year. People are also concerned that keeping it at the Etihad would make the event go stale, but I think that is complete nonsense, to be honest.
Manchester has proven to be the most successful venue of the Magic Weekend by far, and it has taken the RFL a fair old while to get to the point where they will be this weekend, with no doubt a record crowd passing through the turnstiles. Why on Earth would you eradicate three years of hard work by moving the Magic Weekend somewhere completely different and random?

Joe Whitley (JW): I don’t believe it will go stale either – the Grand Final hasn’t stagnated at Old Trafford – but I do understand where these calls are coming from. With every club being involved over the weekend, there is clearly going to be an economic boost for the local area and it’s only fair that is shared out. Additionally, Manchester isn’t exactly centrally located and it seems reasonable for fans of London and the Hull clubs, who have a long journey to reach the Etihad, to want something a bit more local once in a while. It makes sense to me, as the event is still in its infancy, to have a rota and change it every year. Our country is blessed with a plethora of top class stadiums and moving it every year could help spread the word of our great sport.

AB: The RFL have worked incredibly hard to get the event working at Manchester; it isn’t broke, so why on Earth would you try to fix it? In the previous six editions of Magic that weren’t held at the Etihad Stadium the aggregate crowd only broke 60,000 once. In the two editions in Manchester it has gone above the 60,000 mark on both occasions. That tells you all you need to know about how successful it is in Manchester.
You have to be very careful in moving it away from an area that is very, very successful. The Etihad has great facilities on-site including bars and entertainment for families. It is an all-round great stadium to host an event like this, and if you move it away from there, you risk alienating those fans who have become accustomed to traveling to Manchester every year.

JW: I see what you’re saying but that attitude is everything that is wrong with Rugby League, if you ask me. As a sport it seems we only cater for the people who already love the game. If we ever want to expand and compete with the rest of the country’s major sports, we need to appeal to people outside the heartlands. The reason our sport isn’t up there with football is not about excitement, physicality or skill – it has all that in abundance – it’s because we don’t sell ourselves well enough. Honestly, what is the point of keeping Magic Weekend in Manchester? We already have thousands of supporters up there, why not go somewhere with less awareness and try get them into the game?

AB: First and foremost, there are hardly thousands of people in the Manchester area – as Salford’s crowds would justify. I’m not too sure the Magic Weekend brings in thousands and thousands of fans as the game would have you believe. Look at Edinburgh and Cardiff, where is the legacy there? Too often the game is concerned with trying to bring new people into the game and, while I agree it is a matter of interest to look into, we shouldn’t forget those who are already supporting the game. The figures suggest Manchester has worked as a Magic Weekend venue, and there is simply no need to tinker with it. The point of keeping it there is that the attendance figures are gradually increasing, as this weekend will hopefully prove. Move it now, and you’re starting from scratch all over again.

JW: I was including the surrounding areas of Manchester in that, too – you’ve got Wigan, St Helens, Warrington and Widnes all a stone’s throw away. We need Magic Weekend to be more accessible for everyone, or in a location that’s going to draw in some new crowds. And I don’t mean as one-offs, like the examples you made. Showcasing Super League in areas that don’t yet appreciate it should be a regular thing. Look at what American Football have done, they’ve had at least one game a year at Wembley since 2007 and that sport has grown a lot in the UK as a result. We need to take a leaf out of their book.
Additionally, I don’t think getting 60,000 people to come to seven matches – an average of just over 8,500 a game – is anywhere near as much of a success as you’re making out. We should be filling the stadium out for every game. Most other sports would.

AB: Unfortunately we aren’t going to fill out a stadium for every single game. And the best way to work towards increasing the crowds is by keeping it in an area where it has been a proven success, in my opinion.
You almost contradict yourself regarding the NFL and Wembley; they don’t exactly move to places like Old Trafford and Hampden Park, do they? They keep it in one area, and it works. The Magic Weekend is stronger than it has ever been due to the continuity of keeping it in one place within the heartlands. If you take it away from Manchester you risk undoing all the good work that has been done over the last three years in one dramatic swoop.

JW: No, that doesn’t apply as they’re not trying to target certain areas of the UK like we are, they’re just trying to get maximum exposure which is what London provides. The equivalent of us staging Magic Weekend in Manchester is the NFL having their international series in Indianapolis. I think we could sell Magic Weekend out – we did at the World Cup so there’s definitely enough fans at our disposal.

AB: I think us targeting an area like Manchester is perfect for the development of the game, though. It’s such a huge city and is badly under-represented on the Rugby League map. The RFL are on the right track with Magic Weekend after testing the water elsewhere in other parts of the country. My main worry with moving the event to somewhere like Newcastle or Birmingham is that you risk putting a lot of people off. People who have made the Magic Weekend a part of their annual diary – chiefly due to the fact it’s inside the heartlands. If you stick at Manchester, you are certainly going to see crowds increase.

What are your views on this story? You can let us know by using the comment box below, joining our free-to-use forum, or by getting involved on social media – click here to see all the platforms we use.

Want to be the first to know when new articles are published on TotalRL? Subscribe to our free weekly newsletter to be notified directly, or connect with us on the social media platform of your choice to see a constant stream of the latest and most interesting Rugby League news.