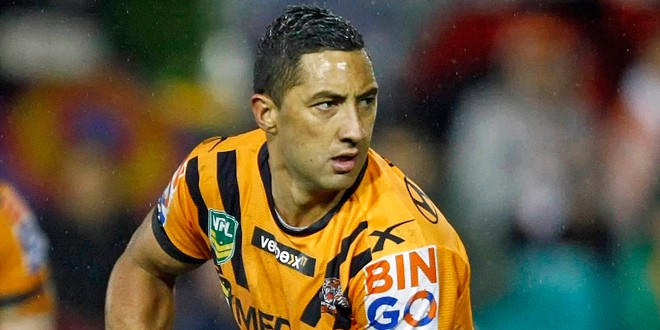 The 29-year-old swapped codes last year after an illustrious 10-year career with Wests Tigers. Since joining the Super 15 outfit he has made just two appearances, with reports suggesting he has found it difficult to adapt to the less creative and more static code.

Marshall was linked with a move to Vodafone Warriors in the NRL – where Sam Tomkins is currently plying his trade – earlier this week, but Phillip ‘Buzz’ Rothfield of the Daily Telegraph in Australia insists a move to England’s north west is on the cards. Indeed, the journalist claims he spoke to Koukash, who confirmed his interest. He has quoted the Palestinian, saying: “We [are] always looking at players of Benji’s quality. Who wouldn’t be interested in him? I’ll be talking to our coach about all the recruitment over the next couple of days. Benji will be one of a few players we’ll talk about. Ring me back during the week and I might have some more news for you.”

Rothfield claims the deal is worth $3 million (£1.7m), with an annual salary of $1 million (£560,000). Super League rules state rugby union imports are exempt from the salary cap but it is unclear whether Marshall will qualify for this.