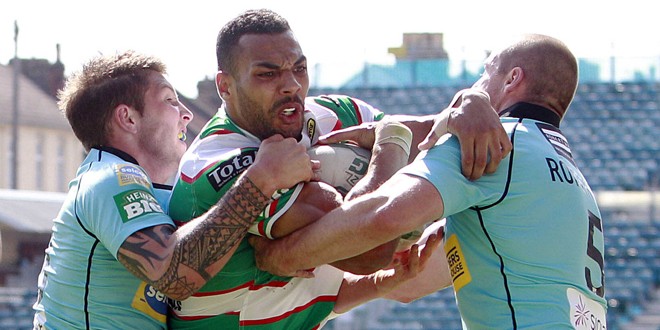 Warrington and Hull KR compete in a rematch of last Sunday’s Tetley’s Challenge Cup tie – which the Wolves edged, 28-24.

However, they have been dealt a huge blow in the lead up to this game, as co-captain Ben Westwood has been ruled out of action for up to a month with a calf problem. Young prop Ben Evans also misses out due to injury. That is a big miss for Tony Smith’s side, with Ben Harrison expected to come in and deputise.

The Rovers have been able to welcome Craig Hall back into the fray, with the versatile back missing the last four games due to testicle surgery.

The Stats
Warrington have won their last five home meetings with Hull KR, with the Robins’ last win at the Halliwell Jones Stadium coming 36-34 on 17 August, 2008.

Joel Monaghan needs four tries to reach 100 for Warrington. Monaghan has scored 96 times in 94 games for the Wolves since 2011. Two tries will also see him reach a tally of 100 whilst in the British game, having touched down twice for the Exiles (2012-2013).

The Prediction
It should be a double for Warrington, who look good value to record back-to-back wins against the Robins on Friday night. However, the loss of Ben Westwood is sure to be a big blow, which could leave Hull KR fancying their chances of an upset.