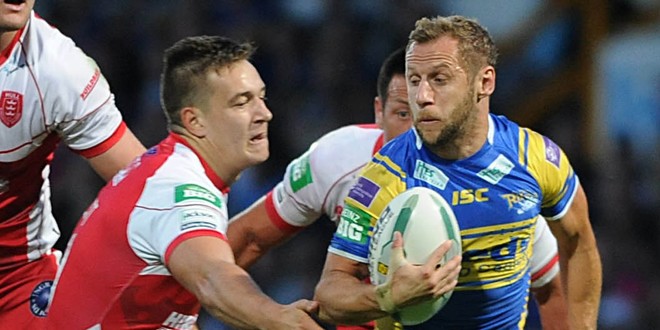 It is set to be an emotional night at Headingley Carnegie Stadium, as prop Jamie Peacock makes his 500th appearance for the club against Wakefield Trinity Wildcats tonight.

The Wildcats were actually Peacock’s very first opponents – on exactly the same day 15 years ago, 11 April 1999 – making it a poignant night to reach such a historic landmark. Elsewhere, the Rhinos have made one change to their squad, as Ben Jones-Bishop comes in for Zak Hardaker, who is rested.

Wakefield are coming into the game on the back of two heavy defeats against Hull KR and the Rhinos – who they lost out to in the Tetley’s Challenge Cup last weekend. They make four changes to their squad; Chris Riley, who has extended his loan from Warrington, Luke Briscoe, Lucas Walshaw and Chris Annakin come in for Dean Collis, Taulima Tautai, Reece Lyne and Daniel Smith who are all injured.

The Stats
Leeds have won their last four meetings with Wakefield, with the Wildcats’ last win over the Rhinos coming at home – 38-18 on 30 July, 2012.

Leeds have also won their last eight home meetings with Wakefield. The Wildcats’ last win at Headingley was 23-16 on 20 July, 2007.

Leeds’ Joel Moon has scored a try in all three of his games against Wakefield as a Rhinos player.

Ian Kirke needs one appearance to reach 200 for Leeds. Kirke made a try-scoring Rhinos debut in a 66-14 home win against Castleford on 5 March, 2006.

The Prediction
The two sides are in contrasting form – as last weeks 60-6 demolition from the Rhinos justified. With Leeds in such a rich vein of form, it would be remiss not to back them this evening.