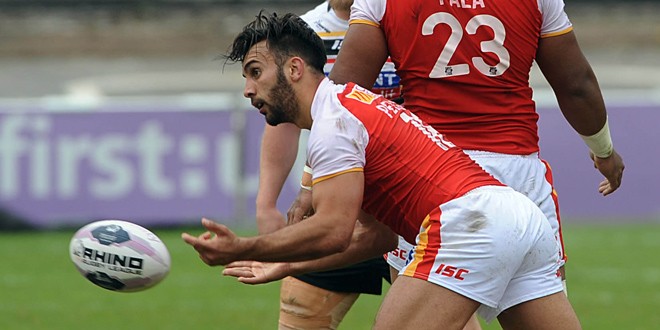 In a nutshell
London are still looking for their first win of 2014, but they came mighty close against a resolute Catalan Dragons outfit.

How it unfolded
First half: The Broncos came out of the traps quite slowly, and they were prevented from falling behind by the video referee, who ruled that Ben Pomeroy was in touch before he grounded the ball over the line. However, the men from the capital soon found their rhythm, and a lovely sweeping move sent Mason Caton-Brown over to continue to improve his reputation.

Catalan weren’t to be denied a try of their own, though, and they clawed themselves back into the contest when Vincent Duport claimed a high kick from Thomas Bosc to barge his way over. Bosc added the extras to tie it up at 6-6. However, the Dragons would nudge in front before the interval, as a try from Elliott Whitehead and another goal from Bosc made it 12-6 at the break.

Second half: The Dragons extended their lead in the early part of the second period, as the video referee  that prop Jeff Lima had indeed grounded the ball under extreme pressure from the Broncos defence. Bosc goaled again to make it 18-6. However, Caton-Brown charged over for his second to keep the Broncos alive, before James Greenwood got London’s third score – with two goals from Josh Drinkwater making it 18-18.

However, the Dragons bit back, and Elliott Whitehead got his second of the afternoon to nudge Catalan in front once again, with Bosc’s fourth goal making it 24-18 with just nine minutes left on the clock. But London dug deep to respond, but Josh Drinkwater failed to convert his own try to make it 24-22 to the Dragons, which is how it stayed.