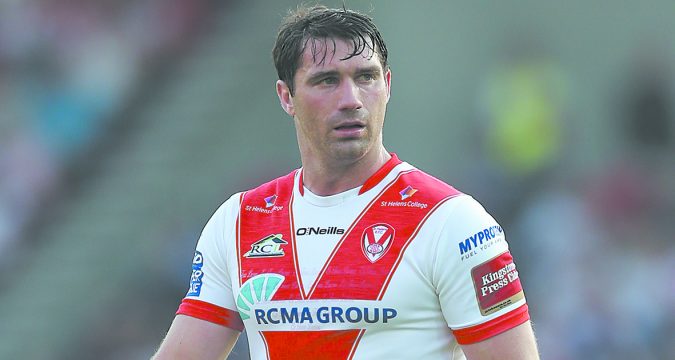 Matty Smith has admitted he has received offers about a move away from St Helens – and says he is ‘open to anything’, so long as he is playing regularly.

Speculation has linked the 30-year-old with a move away from the Super League leaders in recent weeks – but he featured twice last week, helping the Saints to back-to-back wins in the process.

Smith hinted to League Express his priority is to stay with his hometown club and fight for his place in the side – which he should retain this Sunday at Wakefield, owing to an injury to captain James Roby.

However, he said he is not afraid to try his hand elsewhere. “There’s a few offers out there,” he said.

“I’m open to anything. I’m a Saints lad though and I want to play for the club I grew up watching – but I’m conscious that, with the stage of my career I’m at, I do need to be playing regularly. But I’m happy to be in this side and hopefully it will continue for as long as possible.”

Smith also suggested he believes a loan move – the likes of Hull KR, Catalans and Salford are all interested in him – would benefit both himself and the club.

He said: “I’ve said to Saints all along that I just want to play: if I’m playing, I’m happy.

“If it takes going out on loan to get some games, I’m happy to do that. Both parties would benefit from that; I’d benefit from playing games and if I get the call to come back, I’ll be better for it which will help Saints. But I’m playing for Saints now and I’m intent on being in the side.”

Smith also admitted it has been a difficult time for him personally.

“I’m not going to lie and say I’ve been fantastic about it – I’ve been frustrated,” he said.

“You want to play as a player, because that’s what we train for at the end of every single week. But I’ve just tried to train hard, keep positive and hope my chance will come.

“I’m one of the senior players here so I’ve got to be the best I can be and help the young lads, and when my chance came, I had to take it. I think I’ve done okay, so hopefully I’ll be able to get a run.”