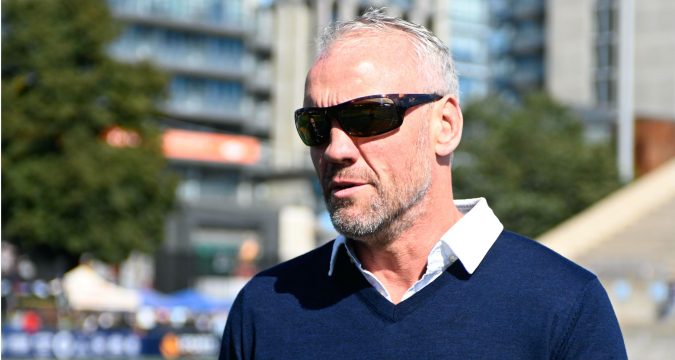 After leading the Toronto Wolfpack to a 2019 Super League promotion, Brian McDermott has pledged his long-term commitment to the Toronto expansion club by signing a five-year contract extension to remain as the team’s head coach.

Signed by the Wolfpack in November last year, McDermott was recruited with the express aim of guiding the Canadian side into Super League. A remarkable playing record of 28 victories and only one defeat throughout 2019 saw this goal achieved in the first attempt from the 49-year old.

“In 2020 we will be in the Super League and on a personal note, I can’t wait to get back there. But more importantly, this club deserves to be at the top level and we will give a strong showing week in and week out,” said McDermott.

“I want to thank the players, staff and fans in Toronto and abroad for welcoming me into the Wolfpack family. The club is fantastic and I am thrilled to commit long-term and to continue on what is and will be an exciting journey.

“Toronto Wolfpack offers a challenge and ambition that not many other clubs have. I’m excited at being a part of something that could genuinely be a game changer for Rugby League in the UK and around the world.”

Since debuting with Bradford Bulls in 1994, McDermott has amassed over 25 years of Rugby League experience as a player and coach. In addition to seven Super League championships, three as a player and four as a coach (all with Leeds), the former Royal Marine’s resumé also features a World Club Challenge title and multiple Challenge Cup victories. He was also the head coach of the United States national team in 2015, combining the job with his role at Leeds.

Bob Hunter, Wolfpack Chairman and CEO, is delighted with the news.

“We feel that there isn’t a better coach out there that can lead this team to greatness,” said Hunter.

“It doesn’t matter if you have talented players on the field, unless you have someone like Brian to lead and guide them to reach their absolute full potential. That’s where we feel he does his best work. We are extremely fortunate that Brian has decided to commit to our team long term and feel that he is a vital part of this organisation going forward.”