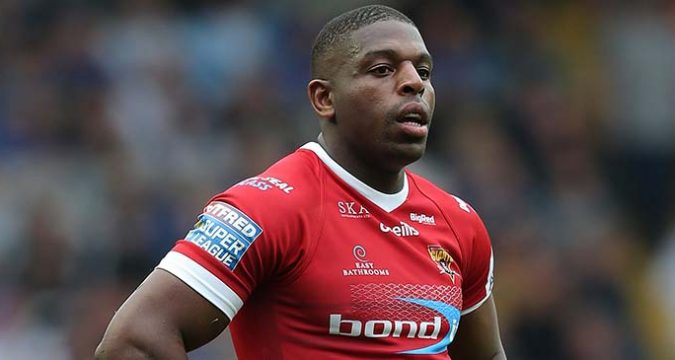 HUDDERSFIELD winger Jermaine McGillvary has been named alongside fellow England international and Hull fullback Jake Connor in the Combined Nations All Stars squad to face England at Warrington on Friday.

So too has Leeds hooker Kruise Leeming, who trained with Shaun Wane’s England squad back in April.

It’s Wane’s first match as England coach, and his opposite number Tim Sheens has confirmed Leeds prop Matt Prior will co-captain the Combined Nations alongside Wigan halfback Jackson Hastings.

The game, which kicks-off at 8.15pm, forms part of a double-header with the England versus Wales women’s international at 6pm.

The Combined Nations All Stars are a new team reviving a Rugby League concept which is 117 years old, since England played the Other Nationalities in 1904.

Players have been selected on the basis they could qualify for nations other than England, either through birth or ancestry.

Sheens, whose selection options have been limited by Covid issues, said: “When this concept was created the aim was to give England a highly intense match as part of their preparations ahead of the World Cup.

“I’m confident we’ve assembled a squad that can do that. As it was always the case that Shaun would get first pick for England, we obviously had to wait and work within the guidelines when selecting players.

“I’m really looking forward to working with them – and I hope we’re all going to enjoy the experience, getting to know some new people and try out some new combinations.

“Also, the match is being played to help raise funds for the Mose Masoe Foundation and the players will take great pride in wearing the Mose-inspired jersey, which will no doubt will add to their motivation to perform well.”

All Stars kit partner OXEN has worked with former Samoa international Masoe on kit design and £10 from every shirt sold will go direct to the Mose Masoe Foundation, the charity set up following his career-ending spinal  injury to support to his family. The foundation will also support other Rugby League players who suffer spinal injuries.

The official shirt sponsor is leading roadside assistance and vehicle recovery provider Green Flag. The All Stars shirt is available to buy now at eliteproports.co.uk.