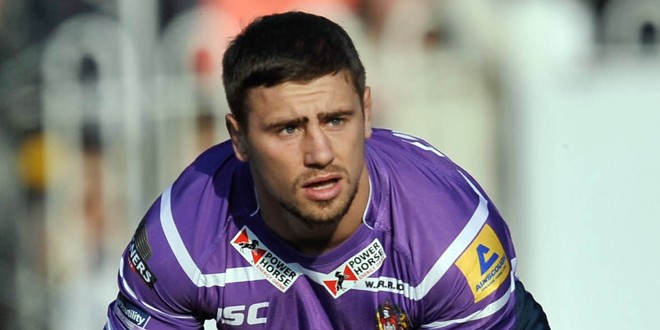 Wigan Warriors hooker Michael McIlorum revealed his absence from the England Test Series squad was due to him receiving a bone graft on a broken arm that had not healed properly.

The 27 year-old did not receive a call-up to the England squad for the three-game test against New Zealand after he consulted England head coach Steve McNamara and decided to receive the surgery.

McIlorum featured 30 times for Wigan last season, despite needing the surgery and also missed the 2014 Grand Final as a result of the injury.

Keen to feature for the Warriors in the 2015 edition of the Grand Final, McIlorum chose to receive the operation and miss the England Test Series.

“Where the fracture was on the other side of the plate, it hadn’t healed properly,” he told the club’s official website.

“To miss out (in 2014) was devastating and there was no way I was missing it again.

“The Doc said that, because the plate was there supporting it, I couldn’t make it worse – he just said I’d have to get the bone graft after to sort it out.”

“Chris Brookes (Club Doctor) told me I couldn’t play on, because I wanted to get my arm done. He said I could play in the play-off games and the Grand Final.

“But I had a word with Steve McNamara (England Coach) and it was best for me to have it (the operation).”

McIlorum had bone moved from his hip the arm affected by the injury and has returned to full pre-season training.

Hoping for a full recovery for the Super League opener in February 2016, McIlorum praised the club’s medical staff for his speedy return to training.

“I’ve started back weights and running again. It feels 100 per cent better – I should be good (for the start of the season), the Physios are doing a great job and it looks like it’s healing well.”