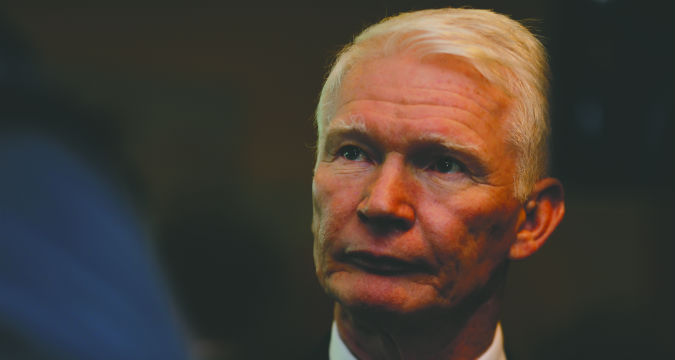 Every squad in the competition took pay cuts alongside extra on-field demands and unprecedented restrictions, but Super League managed to finish the campaign and fulfil its crucial television requirements.

McManus has seen first-hand how difficult it has been for clubs both on and off the pitch, and says the sport is fortunate to be blessed with the athletes it has.

McManus said: “These players have all taken a major pay cut all year without complaint and had a two-month extension of their season into winter.

“They’ve played in empty stadia with huge restrictions on their professional and private lives due to Covid protocols, and have become even more motivated and professional by the end of it.

“All Rugby League fans should realise how lucky we are to have young athletes like that in our sport.”

On the administrative front, McManus added: “It’s been tough for everyone on the financial side and impossible to plan from week to week because we don’t know what was going to happen.

“Crisis bring out the best and the worst in people, and I only saw the best in everyone at St Helens.

“Everybody took wage cuts on the staff and they went above and beyond to work much harder than usual in a stressful and unusual environment.

“I think we’ve broken the back of it by getting to the end of the season and hopefully things settle down now.”

McManus has also now been able to take stock of the remarkable climax to the season that saw his club clinch a record-equalling eighth Super League title with their seventh Grand Final win.

Jack Welsby’s stunning last second try at the KCOM Stadium provided the most dramatic finale to a campaign yet.

McManus, whose celebrations were limited to a late night takeaway drive through at a service station due to Covid-19 restrictions, says the impact of that drama spread beyond the sport’s usual boundaries.

He explained: “Just within my own personal contacts, I had a lot of people say to me that don’t normally watch Rugby League that they saw the game and were amazed by it.

“I think a lot of soccer fans tuned in.

“Having no crowds has really exposed football, whereas Rugby League on TV, even with no crowds, has been just as absorbing.

“Rugby League produces some crazy moments and St Helens have had more than their share of last-second and last-minute wins.

“But given the stature of the game, what went before it and what was riding on it, I don’t think anyone could have imagined a finish to a match like that.

“It was odd after the game.

“I’m lucky enough that it was my tenth Grand Final as Chairman and we’re all used to the atmosphere of the crowd and the noise.

“They’ve done it themselves all season, encountering more challenges than they’ve had in their lives before and hopefully more than they ever will again.

“To come through and produce a display like that, against Wigan as well, was remarkable.

“It was certainly one of the highest paced and most intense games I’ve seen.”