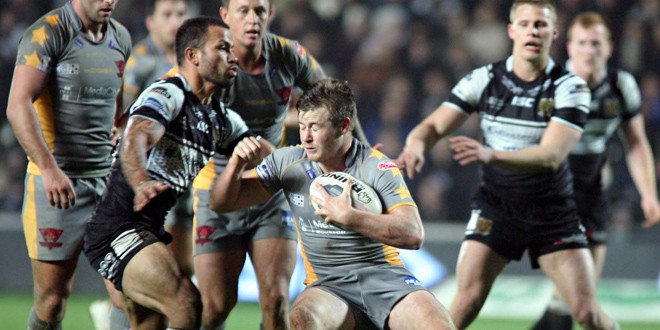 Salford coach Brian Noble described full-back Jake Mullaney as ‘worth his weight in gold’ after he slotted a touchline conversion to help the Red Devils into the next round of the Challenge Cup at the expense of Hull FC.

The Australian’s kick, seconds before the hooter sounded, levelled the scores to 36-36 and forced golden point extra time, in which stand-off Rangi Chase landed a drop-goal to send Salford through.

“He [Mullaney] was furious with himself after the game because he doesn’t feel he had the best game but he’s worth his weight in gold when he lands one from the sideline.

“When that happens you just hope for the best. I didn’t know if he would kick it. He’s been kicking the ball sweet in practice and, when there’s been so many fantastic things in the game and it comes down to a goal kick, it’s great.”