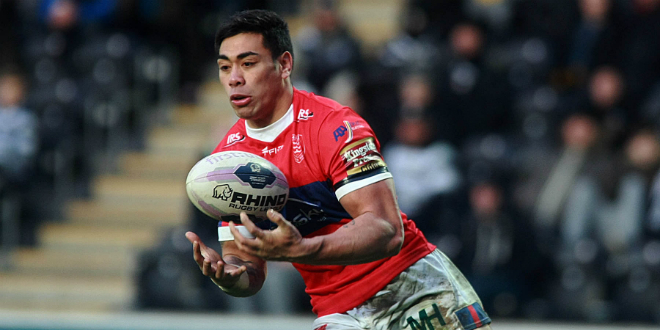 Salford Red Devils are on the verge of a major acquisition for the 2019 campaign with the signing of former Hull Kingston Rovers winger Ken Sio.

The 27-year-old, who became a firm fans favourite during his time with the Robins in 2015 and 2016, appears to be on his way out of NRL side Newcastle Knights after two seasons with the club.

Sio’s manager, Sam Ayoub, recently told reporters in Australia that he would not be re-signing with the Knights after a ‘pathetic’ offer from the club over a new deal.

“We had an offer from them about two months ago and I’m telling you that it was pathetic,” he told the Newcastle Herald.

“They basically offered him half of what he was on last season. When I met with them again a few weeks ago, I said to them all they needed to do was find an extra $20,000 to $30,000 and we could get it over the line because Kenny is keen to stay.

“But I’ve heard nothing. No-one can make a decision up there.”

Numerous Super League clubs were interested in Sio when it became apparent he was available for the 2019 season, but League Express understands that it is the Red Devils who are at the head of the queue to land his signature.

In fact, sources have indicated a deal is in the latter stages, and Salford are about to secure a major piece of their puzzle in their bid for a stronger 2019 campaign.

With key duo Jackson Hastings and Joey Lussick already signed up for next season, the addition of Sio would add serious strike to their backline. Capable of playing on the wing or at fullback, the 27-year-old’s return to Super League now appears to be imminent after talks with the Knights broke down.