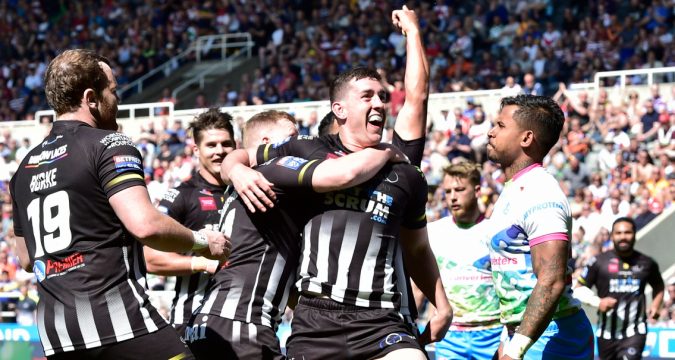 TotalRL can reveal the Dragons have beat off stiff competition from around Super League to land the highly-rated 22-year-old, who was the club’s star performer during their relegation campaign.

At least four Super League clubs were chasing the services of the England Knights star, with Widnes also keen to keep their academy product.

The Vikings are believed to have offered to sustain his original three-year deal, however, the Dragons have offered Whitley a lucrative offer which has seen him decide to make the move Perpignan.

Whitely made 27 appearances for Widnes in 2018, scoring seven tries during their relegation campaign. He burst on to the scene in 2015 and was nominated for Super League’s young player of the year award a year later.

His performances have seen him regularly linked with a move away from Widnes, with St Helens linked with the youngster last season.

Relegation from Super League saw Whitley emerge on the market, and he proved to be the most sought-after star in Widnes’ squad as a scramble for his signature ensued.

But it is Les Dracs who have won the race for Whitley, who was part of the England Knights squad who flew out to Australia to kick-start their tour of Papua New Guinea today.

Widnes confirmed his departure on Thursday, along with Joe Mellor and Gil Dudson, who are expected to join Toronto and Salford respectively.

Mellor’s deal to the Wolfpack has already been completed, while Dudson is understood to be in advanced talks with the Red Devils.

In a statement, Widnes said: “Matt was one of the cohort of players under the age of 22 that the club approached prior to the end of last season offering to honour their Super League contracts irrespective of the division we were playing in next season.

“However, Matt has informed us of his desire to stay in Super League next season and leaves with our best wishes.”