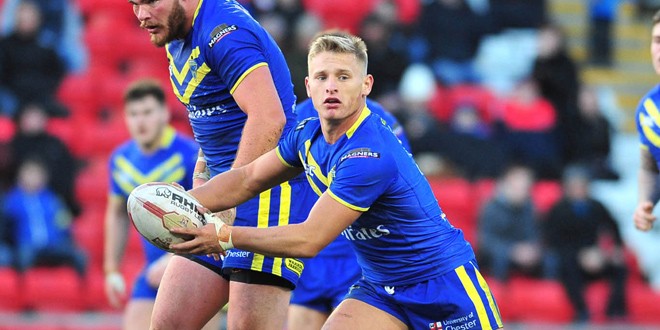 Warrington Wolves hooker Brad Dwyer has agreed a two-year deal to keep him at the club until November 2016.

Dwyer, 21, who made his first-team debut in March 2012, and has since made 14 appearances, including two to date this season, has experienced spells out on loan, most recently with Huddersfield Giants last season, and on dual-registration with Swinton Lions.

He is currently third in the pecking order at hooker behind veterans Michael Monaghan and Micky Higham, but he is happy to have signed a new contract.

“It’s a bit of security for me and has come off the back of a lot of hard work in pre-season,” said Dwyer.

“I would like a bit more game time than I’ve had so far, but it’s about being patient and I’m happy with where I am.

“Tony’s backing me, and I’ve just got to be patient and bide my time.”

Wolves coach Tony Smith added: “Brad has progressed well in the time he has been here. He is learning his trade behind two high-quality hookers and is biding his time, taking advantage of the learning experience.

“He’s done a great job each time he’s stepped out for us and he is an inspiration around the training ground highly focused on improving. For that reason we are delighted to extend his contract.

“It’s great to be bringing these young players through. The experience for them is enormous and they are helping to enhance our current squad. The depth of new talent coming though is great for the club.”