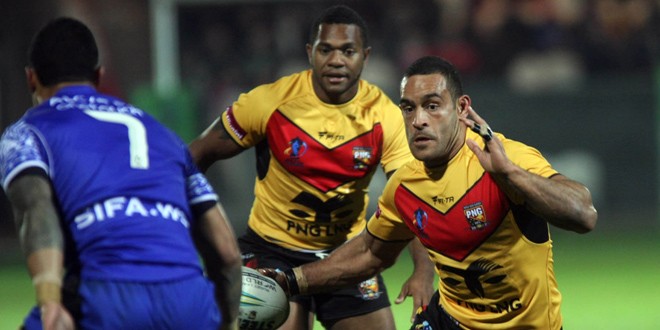 The schedule for the 2014 Four Nations tournament has been announced.

‘About time’ I hear you say, but better late than never, because the prospect of reviving the buzz and excitement of last autumn’s World Cup is very attractive indeed.

England are set to face the Pacific qualifiers in a Brisbane double-header, Australia in Melbourne and New Zealand in Dunedin, with the final at the ‘Cake Tin’ in Wellington on 15 November.

The Pacific qualifier on May 3 will be between Fiji and Samoa, as the best two performing Pacific nations sides in the World Cup, which is all well and good. It will be a great vehicle for stimulating interest in Rugby League in those two islands.

Alas, it will cost any native Islanders a bob or two to see the game live as it will be played in Penrith to the west of Sydney.

That scheduling indicates to us that there is still no big thinking going on at the RLIF – a two-legged play-off staged in Fiji and Samoa, involving the star players who competed in the World Cup – would surely have been a massive boost for our game there.
Of course it wouldn’t have been as convenient or cheap as staging the game in Sydney.

Whichever side wins through is bound to provide England with a stiff test. But on the other hand the opener will at least allow our boys to have a game to acclimatise before they meet Australia in Melbourne.

It’s going to be an unusual preparation all round for England, with head coach Steve McNamara’s responsibilities as assistant coach to Sydney Roosters a potential problem, depending on how far his club gets in the NRL play-offs. The meticulous planning of the camps that so nearly paid dividends last year will be very hard to manage.