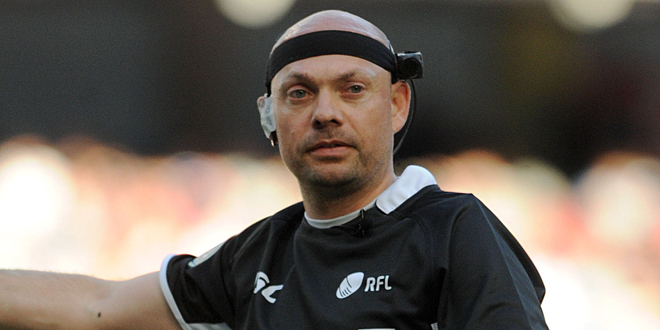 Referee Phil Bentham has spoken out over the controversy that plagued Huddersfield’s defeat to St Helens on Sunday, as the debate rumbles on over Danny Brough’s disallowed drop-goal.

The Giants were visibly incensed after the clash, which they lost 17-16. That came off the back of a Brough attempt at a one-pointer that looked through on some camera angles, but wide on others – and Luke Walsh then kicked a drop goal of his own to win it.

However, Bentham is sticking to his guns, and believes that the RFL are satisfied the correct decision was made, and justice was done.

“Danny was 100 per cent it went over. That was his quote. I was of the opposite view,” said Bentham.

“If I’d come in [to work yesterday] and the whole [referees] group decided it was a goal there would have been a lot of regret, but that’s not the case.

“They’re close calls and someone has to make them. It’s either me or the video referee, but I was happy with my decision.”

Vote on our poll and decide whether Brough’s attempt at goal was over or not.