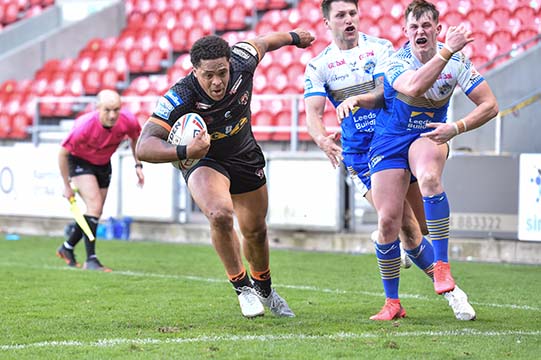 The versatile 32-year-old has agreed a two-year contract extension with the Tigers, where Radford will replace Daryl Powell at the end of his season.

Turner, who has also played for Salford, St Helens and Canberra, joined Castleford from Huddersfield on a twelve-month deal at the end of last year.

Radford said: “Jordan is a great bloke and I have a really good relationship with him, so I’m delighted to have got his contract extension over the line.

“He seems to have found an extra gear with Castleford and I’m hoping I can continue that and I can further nurture that as well, because he has been in brilliant form at the start of this year.”

Turner, who was in St Helens’ Grand Final-winning team in 2014, said: “It will be great to work with Lee.

“He sort of looked after me when I was a young kid at Hull and on the whole, he is someone that I’ve got massive respect for and consider one of my good mates.

“I was made up that he wanted me to stay on for the next couple of years.