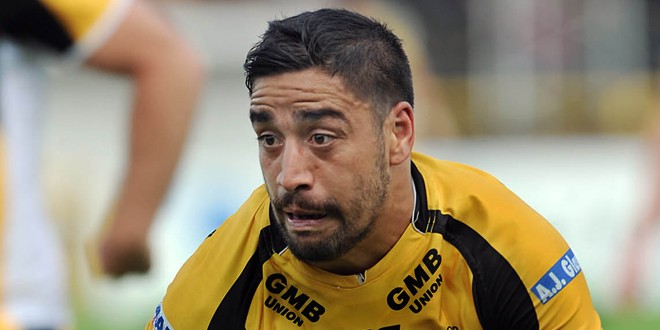 Salford Red Devils half-back Rangi Chase has not made a decision on whether or not he is going to quit the England team, despite reports stating the contrary.

He did, however, say is no longer focused on representing his adopted nation.

The 27-year-old drew criticism for his performances in England’s 2013 RLWC campaign and continues to do so, despite doing little wrong and being one of the most exciting players in Super League last year.

“There’s just so much negativity,” he said.

“It’s a bit draining after a few years. Players who are born in New Zealand have played for Australia and vice versa and they sort of take them in after a while.”

Chase says that isn’t the case over here, though his team-mates are completely behind him.

“The group is awesome, the players, the coaching staff are brilliant, but constantly hearing about it outside it’s a bit boring, it’s draining.

“That’s the only thing that brings me down.”

The New Zealand-born stand-off says he has tried to rise above it.

“Some people say just crack on with it but it’s just all the time,” he said.

“Some games I’m not even playing and I’m getting mentioned. I think it’s more because they don’t like me, they don’t like the situation, so they try to highlight the flaws in my game and focus on the negatives.

Watch the below video to see Chase at his free-flowing best.