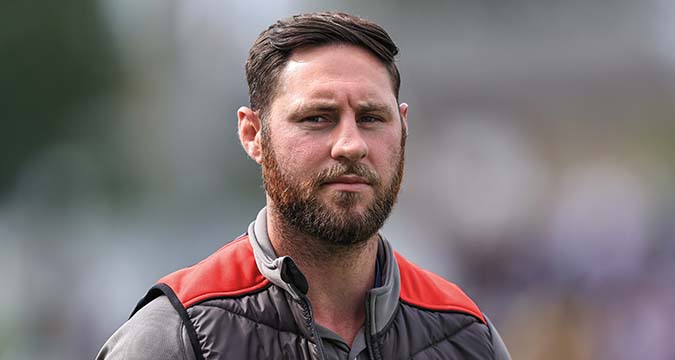 The survival-seeking Centurions went down to a twelfth defeat in twelve Super League matches in losing 44-18 at Warrington last week.

Leigh’s defending has been a big problem, with 460 points conceded.

And to make matters worse for the interim coach, who was taking charge for the fourth time since the departure of John Duffy, prop Tyrone McCarthy, halfback Ben Reynolds and winger Matty Russell all picked up injuries.

Leigh have 15 remaining matches in which to pick up the victories needed to avoid an immediate return to the Championship following their elevation to replace Toronto through a bidding process.

Next in line is a visit to Leeds on Thursday, with Ireland international McCarthy looking unlikely to feature after being knocked out in a clash with Warrington prop Sitaleki Akauola.

Reynolds picked up a knee problem, while Haggerty said of Russell: “He’s got some pain, which we will look at. All in all, we’ve got a few busted bodies, but we’ll do right by them.

“Tyrone was in a pretty bad way. It was a nasty clash. We need to check on him and make sure he is okay.”

Haggerty, who was without Australian hooker Nathan Peats after his inclusion in the Combined Nations All Stars squad to face England added: “We lost some big key moments in the game. Warrington’s end of sets were finishing in our ten all the time. Their game management was fantastic.

“But even when they went 80 metres for their try at end, we still had bodies in the picture. That’s the kind of effort we need to move forward.

“One win and things will change for us.”