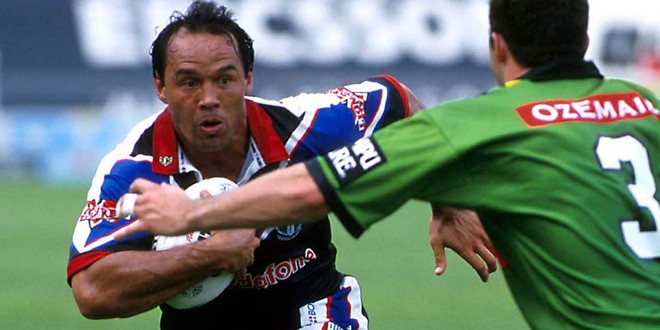 Former Castleford Tigers and Leeds Rhinos centre Richie Blackmore is the latest big name to seek the role as the Kiwis’ next Test coach.

The job became vacant after New Zealand’s big loss to Australia in the final of the recent World Cup.

Current coach Stephen Kearney wants to continue in the job.

And David Kidwell, the former Warrington Wolves star and currently assistant coach under Michael Potter at Wests Tigers, has also asked to be considered.

Now, Blackmore has thrown his hat into the ring.

Blackmore believes he would bring stability and focus to the Kiwis squad.

“From a technical point of view, I feel very comfortable on how I view the game – and can deliver the understanding of what the game is all about to players. That’s how I’ve built my success as a coach.”

Blackmore was co-manager of the New Zealand Maori team in 2010, before going on to coach the Auckland Vulcans, taking them to the 2011 New South Wales Cup Grand Final where the New Zealand Warriors feeder club was narrowly beaten 30-28 by Canterbury.

He had also previously coached Manurewa Marlins to success in the Fox Memorial Cup (Auckland Premiership) in 2005, and Otahuhu Leopards in 2010.

This year, he will be at the helm of the Papakura Sea Eagles.

Blackmore dismissed suggestions that the New Zealand Test coach should be chosen from the ranks of the NRL.

“In the past, the vast majority of Kiwi coaches have not coached NRL,” the 44-year-old said.

“The notion that you have to have NRL experience to coach the Kiwis is a case of people having blinkers on. Kiwis can coach from within. Frank Endacott and Graham Lowe were successful Kiwis coaches.”