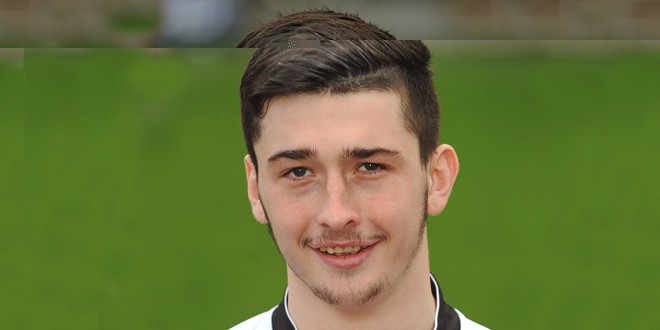 Huddersfield Giants forward Oliver Roberts is hoping that his experience with Ireland in the European Championship will stand him in great stead to make his mark with the club in 2016.

Roberts started in all three of Ireland’s games in the Championship, after having failed to get into the Giants’ matchday 17 at all in 2015.

But, still only 19 years old, Roberts told League Express the opportunity to play with Ireland will help him push for a spot in Paul Anderson’s team next year.

“I really enjoyed it,” he said.

“It was something I wanted to do last year, but with having just signed from Bradford, I wanted to have a good pre-season under my belt and settle in at Huddersfield nicely.

“However, not having played for the Giants this year, they gave me the green light to go off and play and I’m really glad I did – I really enjoyed it.

“I spent a bit of time with Sheffield and I mentioned to Mark Aston then that I wanted to do it, and I was always looking forward to getting stuck in and playing for Ireland, especially with both my grandparents being of Irish heritage. It was a proud moment.”

Roberts admits he’s not had hardly any down time following the end of the Super League season. But he insists that doesn’t both him one bit as he looks to impress for Huddersfield in 2016.

“I’ve not really had an off-season at all. We finished the season and then the following week I was straight into the Ireland camp. Scott Grix has been a big help for me; we’ve been going to his gym when away from camp and it’s been helping me out no end.

“I spoke to Baloo (Paul Anderson) at the start of the season and we talked about hoping to get me some games, but without really expecting it.

“It panned out the way it did for a reason; I was 18th man on a couple of occasions, but if Baloo and Kieran (Purtill) don’t think I’m ready, it’s up to them. Being in and around the squad on matchdays in that 18th man role was a big help for me, though.”

Roberts played in a variety of positions in the European Championship – another thing he hopes will stand him in good stead for 2016.

“I enjoyed being in the middle, believe it or not.

“You play a bit everywhere, and you even end up back out on the edges at times, although I did even end up doing a bit of a stint at prop in one of the games against Scotland.

“I enjoyed it though, and if I can play all over the pack then it’ll definitely stand me in really good stead for Huddersfield in 2016. If a spot becomes available I know I can step in and hopefully get the chance.”