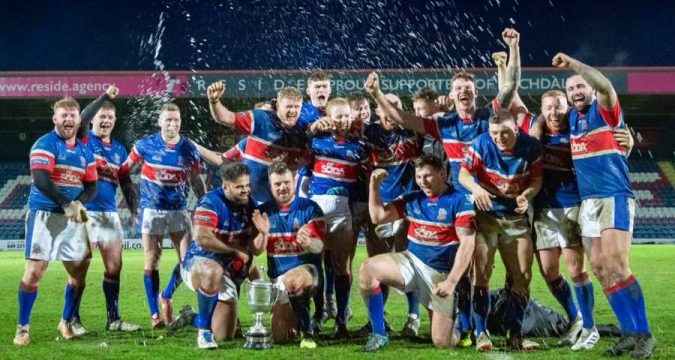 Rochdale Hornets will apply to become the 14th Championship club in 2021.

A vacancy will be opened by the promotion of a club to Super League and the Hornets, who were relegated from the second tier last season, are hoping to take that spot.

Coached by Matt Calland, who was in charge of Halifax when they won the second-tier in 2010, the club hopes to take its place in the competition next season.

Rochdale play at the Crown Oil Arena, which has a capacity over 10,000 and train at Hopwood Hall College, which has previously been a base for the England National squad.

A club statement read: “Hornets have also worked hard to strengthen links with Rochdale Mayfield, one of the leading amateur clubs in the country with a proven record of developing top players, including Ashton and Lees.

“Now steered by an ambitious and experienced new board headed by Chairman Andy Mazey, the club has assembled a quality line-up for 2021 including Fuifui Moimoi, Sean Penkywicz and Shaun Ainscough. The likes of Rob Fairclough, Josh Jordan-Roberts, Danny Yates, Gavin Bennion and Joe Taira have all stepped down from Championship clubs to join us, excited about the vision laid out in front of them by the directors.”

It continued: “Despite the difficulties that every rugby league club has endured in 2020, commercial partners new and old have been rushing to commit to Hornets and buy into the exciting vision laid out by its directors.

“In conclusion, we believe that Rochdale Hornets is a Championship club in all but name at present – and would significantly add to the competition on and off the field in 2021.”